Apple Inc. (NASDAQ:AAPL) just released its iOS version 6 just a few months ago, coinciding with the release of some of its most recent devices like iPad 4, the iPad Mini and the iPhone 5. While the company has been known to produce some updated or upgraded devices each year the last few years, Apple hasn’t necessarily  turned over its iOS over quite as regularly.

But now, however, there is a lot of talk that Apple’s iOS 7 is on its way, and there has been some speculation that Apple Inc. (NASDAQ:AAPL) might need to make a splash with this iteration of its mobile operating system in the wake of additions to

the mobile marketplace, a la the Windows Phone 8 by Microsoft Corporation (NASDAQ:MSFT), and the BlackBerry 10 OS by Research in Motion Ltd (NASDAQ:BBRY).

So what might Apple have in store for us all with its new iOS 7? Granted, much of this is just speculation, as Apple has not made any official announcement, and is not generally known for speaking ahead of any announced release. However, there are some who are saying they have heard that this is a major OS overhaul. John Gruber of Daring Fireball said on Apple Inc. (NASDAQ:AAPL):

“What I’ve heard: iOS 7 is running behind, and engineers have been pulled from OS X 10.9 to work on it.” This may sound familiar to those who have heard this before. In 2007, it was reported that some Apple engineers were pulled off their work on OS X to work on something that became the iPhone. Does that mean this is going to be something as signficant?

Gruber added that his sources indicated that Apple Inc. (NASDAQ:AAPL) was doing a “significant UI (user interface) overhaul”–significant enough that those who have devices with iOS 7 running on them have a special privacy setting on the devices, to cut down on viewing angles as to not give away anything about the new look. So what could be coming? 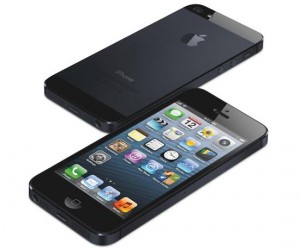 Apparently, a designer that goes by F. Bianco posted images on Flickr that supposedly show some of the new items that would be featured on an Apple iOS 7 interface. It looks like several of the apps on the home screen will have widgets that will allow for quick information. For example, there can be a chat widget that appears on the home screen for easy reply, and a widget that can open the calendar or show the title and artist of the current song being played. There is also a Mission Control, which seems to show multiple screens behind an icon on the screen.

Check out this unofficial concept of a potential Apple Inc. (NASDAQ:AAPL) iOS 7 on the following page.

Bonus Biotech Stock Pick: You can also find a detailed bonus biotech stock pick that we expect to return more than 50% within 12 months.
We may use your email to send marketing emails about our services. Click here to read our privacy policy.
Related Insider Monkey Articles
Apple Inc. (AAPL): The Company Prepares to Take the Mapping Fight to the Streets...

Is an Apple Inc. (AAPL) iPad Dangerous to Your Child’s Brain?