Over the past two quarters following the release of the iPhone 5, Apple Inc. (NASDAQ:AAPL) has been caught off guard by surprisingly strong demand for the iPhone 4. The company doesn’t disclose specific product mix data, but management has acknowledged that the iPhone 4 has been in high demand. 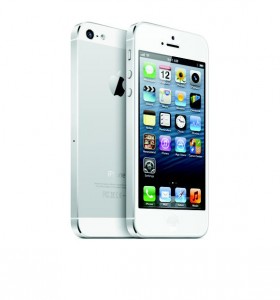 Last quarter, Tim Cook acknowledged that the iPhone 4 was among numerous products facing supply constraints, saying the “iPhone 4 was actually in constraint for the entire quarter and sales remained strong.” The other products that were having a tough time keeping up with demand were new devices like the iPad Mini and iMac, whereas the iPhone 4 was initially released in 2010. The iPhone 4’s production chain is mature at this point, so the only reason it would be short is if Apple Inc. (NASDAQ:AAPL) was truly caught off guard.

This quarter, the iPhone 4 is seeing “significant interest” in China, as Apple Inc. (NASDAQ:AAPL) has implemented several initiatives to make it more affordable and appealing to first-time smartphone buyers. CFO Peter Oppenheimer attributed the decline in iPhone average selling prices to “an increase in the iPhone 4 mix.”

Investors also know that half of the 4 million iPhones that Verizon Communications Inc. (NYSE:VZ) just activated were older iPhone 4 and iPhone 4S models, the same 50/50 split as the 6.2 million iPhones activated the quarter before. That’s over 5 million older iPhones sold on Big Red’s network over the past two quarters, demonstrating pent-up iPhone demand at the $0 and $100 subsidized price points.

In the fast-paced smartphone market, three years is an eternity. How is Apple Inc. (NASDAQ:AAPL) still selling so many three-year-old iPhones?

On paper, the iPhone 4 has inferior technical specifications to nearly all the newer devices available for competing platforms at the same price point. Strong iPhone 4 sales speak to the strength of Apple Inc. (NASDAQ:AAPL)’s platform and ecosystem.

Apple is the only smartphone OEM that can effectively shift focus away from pure specs (although not entirely) — a war that other commoditized vendors are forever destined to wage. Instead, Apple Inc. (NASDAQ:AAPL) conveys a value proposition that includes a differentiated software platform, strong complementary content offerings, and higher levels of customer service and satisfaction.

For all of these reasons, a respectable number of consumers ignore the larger displays, faster processors, and speedier data connections of newer devices and are going with an aging iPhone. No other smartphone maker could sell such an old device this well.

The article How Is Apple Still Selling So Many Aging iPhones? originally appeared on Fool.com.