Apple Inc. (AAPL), Google Inc (GOOG): Which of These Tech Giant Execs Is Right About India?

With mobile growth aspirations now turning towards emerging markets, there’s much debate over where companies should focus their efforts. Of course, the two dominant mobile powerhouses today are Apple Inc. (NASDAQ:AAPL) and Google Inc (NASDAQ:GOOG) , whose mobile operating system platforms now power over 90% of smartphones sold.

One such emerging market of particular importance is India, a country that boasts the second largest population in the world. At different times over the past year, Apple CEO Tim Cook and Google Inc (NASDAQ:GOOG) Chairman Eric Schmidt have expressed somewhat different sentiments regarding India. Which one is right?

Cook’s comments
Last summer, during Apple Inc. (NASDAQ:AAPL)’s July conference call, Cook noted some of Apple’s difficulty in the Indian market, which was why it was focusing its efforts in other countries like China and Brazil first:

You know of course I love India, but I believe that Apple has some higher potential in the intermediate term in some other countries. And that doesn’t mean that we’re not putting emphasis in India, we are. We have a business there; that business is growing, but the sort of the multilayer distribution there really adds to the cost of getting products to market. And so, we’re going to continue putting some energies there, but my own perspective is that in the intermediate term there will be larger opportunities outside of there.

That’s not to say that Apple Inc. (NASDAQ:AAPL) doesn’t value the Indian market, just that the unique challenges make it less of a priority than some other geographical regions. Cook’s comments strongly implied that India was more of a longer-term objective.

Schmidt says
Speaking at Google’s Big Tent Forum in New Delhi, Schmidt was more optimistic of India’s growth prospects. The search giant’s Chairman acknowledged that China is more promising in the short-term, but that that “math favors India.” Schmidt notes:

There are roughly 600 million mobile phone users in India, plus or minus. There are about 130 million Internet users, and only about 20 million broadband users. So by any definition India is underpenetrated. And in our book… we talk a lot about the importance of the next 5 billion. There’s on the order of 2 billion people on the Internet today. And many of those 5 billion would be coming from India. So imagine a situation 5 to 10 years from now when there are another billion people on the Internet. Will they be significantly different than the first 100 million Indians?

The strategy to get more Indian consumers connected includes encouraging infrastructure build out, changing the regulatory structure, and lowering the cost of devices.

Can you have it both ways?
In actuality, it’s quite possible that both Cook and Schmidt are right. Apple and Google Inc (NASDAQ:GOOG) have very different objectives in India and, as such, will implement very different strategies to accomplish those goals.

Apple’s sole purpose in life is to create great products and sell them with hefty gross margins. Google’s goal is to get as many people on the Internet as possible by whatever means necessary in order to get users onto its online services and in front of ads.

All of the challenges that Apple faces with multilayered distribution trying to get products to market simply don’t apply to Google Inc (NASDAQ:GOOG). Likewise, the search giant isn’t concerned with India’s complex local regulations regarding foreign ownership of single-brand retail stores, while that has important implications for the iPhone maker. Apple Inc. (NASDAQ:AAPL) is also less concerned with lowering device costs to the extent that its premium brand image is threatened.

On the other hand, much of Google’s broader Android strategy inevitably entails tapping numerous OEMs that compete with each other and drive down the cost of gadgets, which gets Android devices in as many hands as possible. 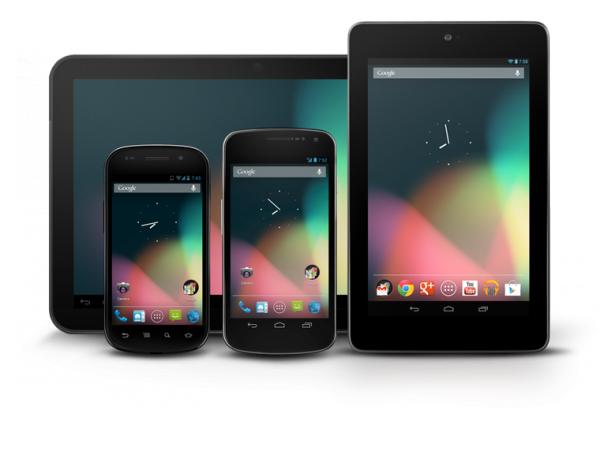 After all of the aforementioned changes begin to take shape, Schmidt said he expects India to “be rocking.”

While Schmidt seems to undermine the importance of China, remember that Google Inc (NASDAQ:GOOG) faces numerous challenges there due to government censorship and the propensity of local OEMs to fork Android for their own purposes — and feed users into Baidu.com, Inc. (ADR) (NASDAQ:BIDU). In contrast, Apple is having a grand old time in the Middle Kingdom, and Cook expects it to soon become Apple’s largest market.

Despite Cook’s comments last year, Apple Inc. (NASDAQ:AAPL) has actually overhauled its Indian operations recently, and the changes are starting to pay dividends in the form of increased iPhone sales. The company still lags Samsung and its Android arsenal, but its revenue share is much more impressive than its unit share.

Ultimately, Apple has better prospects in China than in India right now, and Google is the exact opposite.

The article Which of These Tech Giant Execs Is Right About India? originally appeared on Fool.com and is written by Evan Niu.