Is that a smartphone? A computing device that you hold in your hand? How quaint. That may have been cutting-edge technology back in the bygone era of 2007, but this is 2013. And in 2013 the future is wearable technology.

Although it may be the future, wearable technology is hardly a new technological concept. The first ‘smartwatches’ were found on the wrists of consumers back in the early-1980s. These first articles of wearable tech could accomplish the amazingly-advanced task of memo taking, basic math calculations, and, of course, telling time. Cool tech products for the time (depending on your definition of cool), but not entirely useful. It has only been recently that various technologies have advanced and converged to the point where a wearable computing device can be a practical consumer product with applications useful for the average person. And like with most things tech related, the companies battling it out in this space are none other than Apple Inc. (NASDAQ:AAPL) and Google Inc (NASDAQ:GOOG).

The Smarter Smartwatch Maybe it would be more accurate to say that Apple Inc. (NASDAQ:AAPL) is rumored to be battling in this wearable tech space. Recent speculation has indicated that Apple is currently developing a smartwatch that could be released as early as this summer. Referred to as the Apple Inc. (NASDAQ:AAPL) iWatch by the tech media, absolutely nothing concrete is known about this device (not even confirmation that is an actual product in development).

Other sources claim that the device will feature Wi-Fi and Bluetooth, connecting to a user’s iPhone to deliver emails, texts and other notifications directly to the iWatch. This paints a picture of the iWatch being a supplementary device, seemingly requiring an iPhone or another connected device to the full functionality of the iWatch.

Look Ma! No hands! A smartwatch is all well and good, but truly hands-free (or wrist-free) computing is potentially even better. That is where Google’s latest project comes into play: Google Inc (NASDAQ:GOOG) Glass. 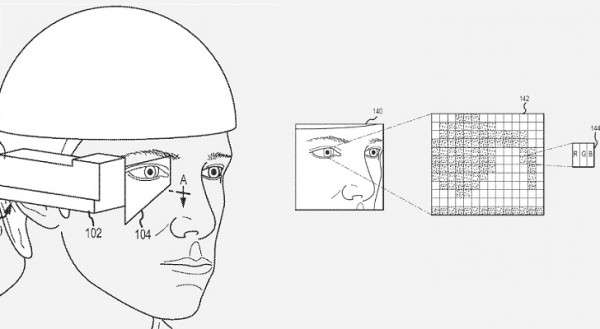 Unlike the iWatch, Google Inc (NASDAQ:GOOG) Glass is very much a real and confirmed effort by Google Inc (NASDAQ:GOOG) to develop smartglasses technology. These Google Glass smartglasses display smartphone-like information directly onto the lens of the user’s glasses. Being a hands-free computing device, the user interacts with this information using natural language voice commands. If you wish to send a text message, it is as simple as saying “Okay, Glasses. Send a message to…”