Apple Inc. (NASDAQ:AAPL) and Google Inc (NASDAQ:GOOG) had each made billions of dollars with their respective app stores, the Apple App Store and Google Play. Developers have been used to developing  their apps for essentially multiple coding platforms – one for iOS, one for Android and one each for Windows Phone by Microsoft Corporation (NASDAQ:MSFT) and BlackBerry by Research In Motion Ltd (NASDAQ:BBRY). While anti-trust is a popular topic in some parts of the world (like Europe, as this story indicates), competition for app revenue has been fierce over the years. 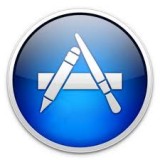 But are the compositions of the app stores anti-competitive? Do they draw in those customers and not let them back out, essentially limiting consumer options? That seems to be the consideration by French officials, who are taking a preliminary look at the makeup of Apple Inc. (NASDAQ:AAPL), Google Inc (NASDAQ:GOOG) and other app stores and inquiring as to whether the app stores prevent consumers from having  freedom of consumer choice when they first buy and download an app from such a marketplace.

This claim of anti-competitiveness in the Apple Inc. (NASDAQ:AAPL) and Google Inc (NASDAQ:GOOG) digital marketplaces stems from the very first app purchase, according to officials of the French competition authority. Bruno Laserre, president of the competition watchdog, said in terms of the antitrust investigation on a French business televison channel that when a user dives into an app store, he is being locked in: “(H)e can’t get away from it; he is locked down by his initial choice.”

The competition authority, Laserre said, is undertaking the mission to ensure that Apple Inc. (NASDAQ:AAPL), Google Inc (NASDAQ:GOOG) and all app stores are competitive marketplaces, that developers are granted equal access to the different stores and the prices paid to get into the stores are fair do not discriminate against or for certain developers or their apps.

The interesting part is, from our perspective, that the French must believe that free choice and competition must be available all thought the process of buying a smartphone or tablet – there is no mention that a consumer does not enter the “oligopoly,” as Laserre describes it, before choosing a smartphone or tablet on which to download apps. Nonetheless, there seems to be a push to have a certain French authority regulate the app stores that are available to French consumers.

Is it just us, or does this seem problematic?

Facebook Inc (FB) Carbon Footprint Has Moved a Couple Sizes in This Direction...

Apple Inc. (AAPL): Why The iPad Mini Is Delayed

Research In Motion Ltd (BBRY): Outcast Stock Could Pay Big While You Wait for...