I’ll admit up front that I’m an Apple Inc. (NASDAQ:AAPL) fan. I own Apple products, and I own shares of the stock. However, I have to be blunt–I’m not terribly enthusiastic about the rumored iWatch. There are several issues I see with this product being a hit, and even if it is, there’s the question of what it does for Apple’s bottom line.

Fashion And Falling Apples
One reason that Apple Inc. (NASDAQ:AAPL)’s iWatch might be successful is because the company knows how to design products that people want to buy. Whether you like Apple or not, it’s hard to argue with the success of the iPod, iPhone, and the iPad. 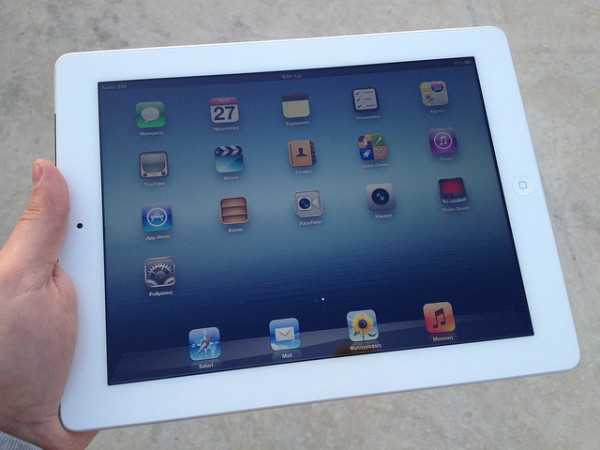 Apple Inc. (NASDAQ:AAPL) is designed to be a premium brand, and this would be critical to making an iWatch a profitable endeavor for the company. Two companies that I follow closely are also in the watchmaking business. Fossil Inc (NASDAQ:FOSL) is know as not only a decent brand in watches on its own, but the company also is the manufacturer for Michael Kors Holdings Ltd (NYSE:KORS), a premium brand in its own right.

In a recent article, the comment was made that since the profit margins on watches are about 60%, this device could boost Apple’s bottom line. As much as I would like to believe this, the numbers just don’t add up. Fossil’s operating margin is just 21.61%, and Michael Kors’ operating margin is 34.38%. Since Fossil Inc (NASDAQ:FOSL) is in the manufacturing business, it makes sense that their margin is lower, and Michael Kors keeps a higher margin by licensing the manufacturing of their products.

How does this compare to Apple Inc. (NASDAQ:AAPL)? In the last quarter, Apple’s operating margin was 31.57%. Since it’s likely that Apple would outsource the manufacturing of its products, they might have Michael Kors’ margins, but is the difference between 31.57% and 34.38% enough for investors?

How Much Could This Business Be Worth, And What About Pricing?
One issue I have with the idea of the iWatch is any industry Apple enters needs to be large enough so that the company can capture a reasonable amount of market share and have it be worth their while. According to the aforementioned article, the global watch industry is expected to produce about $60 billion in sales this next year.

Depending on what type of market share you want to assume Apple would capture, this could be just an okay idea or a great idea. At 5% of global watch sales, Apple Inc. (NASDAQ:AAPL) would realize about $3 billion in sales. With an operating margin that matched Michael Kors, this would represent about $1.03 billion in additional operating profit. Keep in mind that Apple produced just over $55 billion in operating profits in the last four quarters, so a 5% market share would only increase profits by about 5.44% on a full year basis.

In order for Apple to achieve this type of profit, the company would have to be careful with their pricing. Michael Kors prices their watches starting at about $250. Fossil Inc (NASDAQ:FOSL), a more midstream brand, starts as low as $79. The Pebble smart watch is priced at $150, and the Sony smart watch is priced at $149. It seems reasonable that Apple would price their offering above these two, in keeping with the company’s premium brand, so a price of $200 or more makes sense.

And Then There Is The Whole Concept Of Whether Customers Need A Smart Watch
According to an article on the Cult of Mac website, the iWatch will need to have key features to make it a winner. The idea that the watch would be small and light is a given, as that is what Apple Inc. (NASDAQ:AAPL) is known for. There are also a few ideas that are borrowed from other smart watches already on the market, like e-mail, SMS, and social media notifications.

However, these are features are already available in the marketplace and don’t represent anything new or different. To make this product a useful purchase, the company will have to convince buyers that they need to have a $200+ watch to go with their iPhone. With a new iPhone priced at $199 with a two year contract, the company will essentially be asking for $399 or more for those who want this option. In an industry where everyone seems convinced that the iPhone needs a cheaper brother, I’m not sure this pitch makes sense.