Do Securities and Exchange Commission rules on communication and marketing hold companies back?

Social media in business is no longer a fascinating anomaly. It is an accepted form of interpersonal and mass communication. It is considered an integral tool of marketing campaigns. And now the SEC has validated what marketers and communications have known for years, and will allow public companies to announce key information on social media, just as long as investors know which social media will be used to disseminate such information. Kudos to the SEC for joining the digital world. 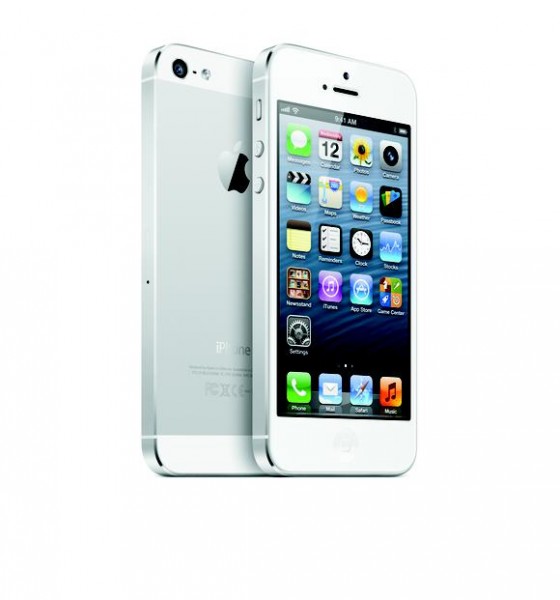 While this change in policy is newsworthy and important, it is also completely ridiculous. Companies are held back from effective marketing because of the SEC limitations. The SEC limitations for companies to cater strictly to investors. Companies have always been faced with serving two masters- investors and customers. (There is an argument that there is a third master- employees, but that is a fight for another day.) Investors should want to see companies catering to customers. Happy customers mean happy profits. Happy profits means happy investors. Happy investors means happy companies. And if the company is happy, that means we are all happy.

Social media reaches customers. Most companies, large, small, private, public, etc. have a social media plan to reach customers. The SEC allows social media use now, but with limitations (investors have to know where to find the information, which means it won’t be as widespread on social media as it could be. It will still be limited and specific.). The SEC is forcing companies to cater their communications to investors, leaving out the important customer part of the equation.

On 2 July 2012, Hastings posted on his personal Facebook Inc (NASDAQ:FB) page that subscribers watched more than an inclusive 1 billion hours of streaming video for the first time during June 2012. In December, Hastings and Netflix, Inc. (NASDAQ:NFLX) were informed by the SEC that this disclosure was a problem.

On 12 December 2012, Hastings posted about the SEC situation on his personal Facebook page (which as of publication has over 264,000 followers, including this writer):

We use blogging and social media, including Facebook, to communicate effectively with the public and our members.

In June we posted on our blog that our members were enjoying “nearly a billion hours per month” of Netflix, and people wrote about this. We did not also issue a press release or 8-K filing about this.

In early July, I publicly posted on Facebook Inc (NASDAQ:FB) to the over 200,000 of you who subscribe to me that our members had enjoyed over 1 billion hours in June, highlighting how strong our content was. There was press coverage as there are many reporters and bloggers among you, my public followers. Some of you re-posted my post. Again, we did not also issue a press release or file an 8-K about this.

SEC staff informed us yesterday that they are recommending that the SEC bring a civil action against us for my July 1 billion hour public post, asserting we violated “Reg FD.” This rule is designed to ensure that individual investors have equal access to information as large institutional investors, by prohibiting selective disclosure of material information. The SEC staff believes that I gave you all “material” investor information in my post and that we needed to instead release the June viewing fact “publicly” with an 8-K filing or press release.

I want to note a few things.

First, we think posting to over 200,000 people is very public, especially because many of my subscribers are reporters and bloggers.

Second, while we think my public Facebook Inc (NASDAQ:FB) post is public, we don’t currently use Facebook and other social media to get material information to investors; we usually get that information out in our extensive investor letters, press releases and SEC filings. We think the fact of 1 billion hours of viewing in June was not “material” to investors, and we had blogged a few weeks before that we were serving nearly 1 billion hours per month.

Finally, while our stock rose the day of my public post, the increase started well before my mid-morning post was out, likely driven by the positive Citigroup research report the evening before.

We remain optimistic this can be cleared up quickly through the SEC’s review process.”

SEC “Reg FD” was adopted on August 15, 2000, “to address the selective disclosure of information by publicly traded companies and other issuers. Regulation FD provides that when an issuer discloses material nonpublic information to certain individuals or entities—generally, securities market professionals, such as stock analysts, or holders of the issuer’s securities who may well trade on the basis of the information—the issuer must make public disclosure of that information. In this way, the new rule aims to promote the full and fair disclosure.” (Source: Securities and Exchange Commissionhttp://www.sec.gov/answers/regfd.htm)

Regulation FD was already outdated and in need of reform, as it was written in 2000, long before social media was even a twinkle in Winkelvoss twins’ and Mark Zuckerberg’s eyes. In fact, Zuckerberg was only sixteen years old when the regulation was written.

A company does itself a disservice by holding back marketing [to the public] because of investor regulations. Effective and transparent communication builds trust between a company and customers, as well as between a company and investors. If a company holds back important information from investors, it is penalized. But customers are not given that same respect (barring any criminal wrongdoings). More communication means more accountability. And customers should be able to hold companies accountable just as much as investors do. What is an initial public offering if not the ultimate marketing stunt? An IPO is not much more than a marketing plan customized to key potential investors. However, they tend to be orchestrated in departments not called marketing. Have you ever wondered what was said during the Facebook IPO? When Zuckerberg and The Hoodie traveled the country selling the company, what was said? I was not in the room. I never heard the promises or expectations. And most of the articles I read prior to the Facebook Inc (NASDAQ:FB) IPO led me to believe the writers were not in those high dollar rooms either. Because of the SEC mandated “quiet period” after initial filing, the general public and customers don’t know much about what happens within a company. But that’s the whole point, isn’t it? IPOs are all about exclusivity, and the SEC makes it that way.

One example of a company stifled by the SEC is Groupon Inc (NASDAQ:GRPN) during its IPO. During the “quiet period” some negative stories hit the media regarding the company’s finances. The then-CEO Andrew Mason sent a “note” to his employees addressing the issues and defending their business model. (Do CEOs often have a reason to defend and explain a business model to employees? Aren’t employees usually aware of the business model?) Somehow, “oops” the note was leaked to the media. In the note Mason said, “we’ve refrained from defending ourselves publicly, … for now we must patiently and silently endure a bit more public criticism as we prepare to birth this IPO baby.” Whether or not Mason intended for the note to go public is not clear. But one thing is clear; his “notes” to employees became a not unexpected way for him to communicate with the public before he was “fired.”

On a note about the importance of social media marketing to companies- Facebook Inc (NASDAQ:FB) continues to prove itself invaluable to other companies. It is not merely a social photo album, game center, or way to talk to high school classmates. The site has proven itself over and over again to be a key way to find information from important brands, communicate with “thought leaders,” and for companies big and small to identify the needs and opinions of customers- and all without cost to the company or individual. Returning briefly to Hastings and Netflix, Inc. (NASDAQ:NFLX). Hastings was able to reach 200,000 interested, key customers for free, and within minutes, with his Facebook post. Prior to Facebook (or Twitter) companies would have had to pay thousands of dollars to reach fewer people, in a longer period of time. As long as Facebook can continue to keep itself relevant to other businesses and individuals, it will remain a good investment.

The rumors to a Twitter IPO are endless. I have used the service for years now. I have seen the improvements, upgrades, and “paid promotions.” I know its flaws as well as its selling points. I am a very big fan of the site, with no intentions of going anywhere. But if the company were to ever go public, I don’t know that I would invest, not without getting a lot of questions answered first regarding their monetization plans. I would imagine that in such a situation as a Twitter IPO, the investors in those exclusive board rooms and supper clubs would get answers or promises. I want to hear those promises. I want to know what is promised to those key early investors.