Can Apple Inc. (AAPL) Still Set The Agenda or Move into a Sort of Microsoft Corporation (MSFT) period?: Milo Yiannopoulos

Apple Inc. (NASDAQ:AAPL)’s recent woes may threaten to destroy their long-standing mystique and leave them as little more than a successful but unspectacular company like Microsoft Corporation (NASDAQ:MSFT). That according to Milo Yiannopoulos, author of “The Sociopaths of Silicon Valley” who spoke to Bloomberg about the company and how this failed recent stretch, which amounted to a make-or-break period for them in public perception, could damage them long-term. 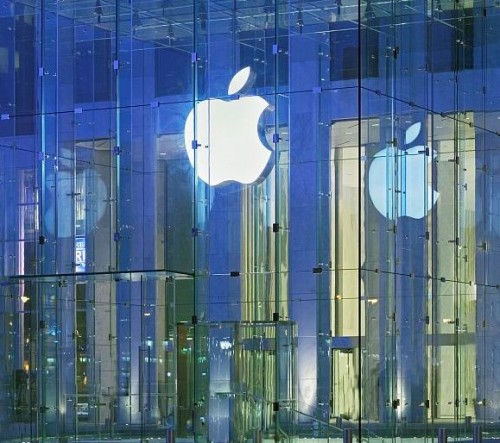 “What we mean by make-or-break is, can the company still set the agenda and create and release transformative products that everybody is talking about; or, is it going to move into a sort of Microsoft period, where the company might well make a ton of money, but it no longer captures the imagination”, Yiannopoulos said.

Apple Inc. (NASDAQ:AAPL) has encountered a rash of problems since the launch of their newest iPhones, including a botched iOS update, and reports that the new, larger phones are susceptible to permanently bending in the area around the buttons. However as Yiannopoulos contends, their problems extend right down to their designs and may leave them teetering on the brink of Microsoft Corporation (NASDAQ:MSFT)-styled, money-making normalcy.

“Apple’s design philosophy is becoming infantilized. You can’t have too much of a good thing, and obviously Jonathan Ive (Apple Inc. (NASDAQ:AAPL)’s Senior Vice President of Design), unfettered by Steve Jobs is turning the company’s design philosophy into this sort of; I don’t know, if Windows Phone is what you give elderly people and children, Apple’s becoming the thing that drooling inbred neighbor that can’t work a washing machine uses; these gigantic fonts and flat design and rainbow colors. I mean it’s so ugly and so awful. It’s turning into the phone for people who can’t work phones,” Yiannopoulos said.

Yiannopoulos believes Apple Inc. (NASDAQ:AAPL) is now on the verge of losing their status as a company with top-class execution, if they haven’t lost it already; a similar fate which eventually befell Microsoft Corporation (NASDAQ:MSFT) after years of standing in rarified air.

Apple Inc. (NASDAQ:AAPL) is down more than 3% in trading today after dropping 1% yesterday as news started breaking about “bendygate” and the botched iOS update.

Mastercard Inc (MA) Will Get a Piece of Apple Inc. (AAPL)’s Forbidden...