Two weeks ago during its annual bout of “spring cleaning,” Google Inc (NASDAQ:GOOG) announced the coming destruction of its popular Google Reader product, which was originally released in 2005.

Of course, as is the case with any established product with a core group of loyal users, droves of annoyed Google Reader fans took to the web to decry the search giant’s decision.

It’s only natural, then, for Google Inc (NASDAQ:GOOG)’s official launch last week of Keep — the company’s new aptly named note-taking app — to be met with a certain level of skepticism. After all, why in the world would anyone want to use Google’s products if they can’t be absolutely certain they will exist in another year?

Go ahead and tell that to the more than 1.5 million people who have already downloaded Keep from the Android app market, with more than 11,000 giving it an average rating of 4.4 out of five stars as of this writing.

With that in mind, here are two big reasons Google Keep is here to stay.

Working on products that matter
When Google Inc (NASDAQ:GOOG) powered down Reader earlier this month, it provided the following anticlimactic explanation on its official blog:

There are two simple reasons for this: usage of Google Reader has declined, and as a company we’re pouring all of our energy into fewer products. We think that kind of focus will make for a better user experience.

You can’t blame Google Inc (NASDAQ:GOOG) for putting the kibosh on a product with a dwindling user base, can you? In fact, from an investing standpoint, we should be relieved Google is further honing its focus on products which have the greatest long-term potential.

And that, my fellow Fools, is exactly where young applications like Keep come into play. You see, Google isn’t afraid to change for the better, and Keep’s recent introduction makes it appear as if it stands as one of those aforementioned “fewer products” into which Google is pouring its newly focused energy.

Plenty of competition
Through Keep, Android users can effectively keep track of ideas, checklists, and photos, all while simultaneously storing them in the cloud with Google Drive.

So what’s the problem? Keep is entering an already crowded market of note-taking productivity apps; Apple Inc. (NASDAQ:AAPL), for one, has long included a simple notes feature in its operating systems, and Microsoft Corporation (NASDAQ:MSFT) offers its competing OneNote product (though it’s certainly not free) as well as a suite of online tools in Office 365. 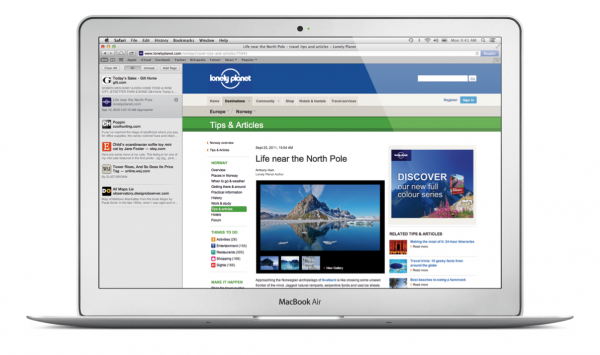 Most notably, however, is the well-established Evernote, which currently boasts more than 13 million downloads from the Android App market alone.

That, however, is one of the very reasons Google Inc (NASDAQ:GOOG) needs Keep so badly, and why the app is unlikely to disappear anytime soon. Prior to Keep, Google itself had offered little in the way of task management solutions, and Keep goes a long way toward filling those gaps to make Google’s comprehensive ecosystem that much stickier.

Google Inc. (GOOG) Issues Its Own Patent Armistice … Will Others Follow...