At Insider Monkey we believe that a retail investor can beat the market by following the activity of the best hedge funds and other smart money investors. One of these funds that we track is Sandy Nairn‘s Edinburgh Partners. The fund returned 11.18% during the third quarter, based on our calculations that included its long positions in companies worth at least $1.0 billion. Among its top picks were Apache Corporation (NYSE:APA), Whirlpool Corporation (NYSE:WHR), Johnson Controls, Inc. (NYSE:JCI), and PerkinElmer, Inc. (NYSE:PKI). In this article, we are going to take a closer look at Edinburgh’s positions in these companies, assess their performance and see what is the collective sentiment towards them among the funds in our database.

Edinburgh Partners held an equity portfolio worth $537.60 million at the end of September, down from $659.36 million a quarter earlier. The fund mainly invests in technology, consumer discretionary, energy and healthcare sectors and during the third quarter it significantly cut its exposure to the majority of its top holdings. 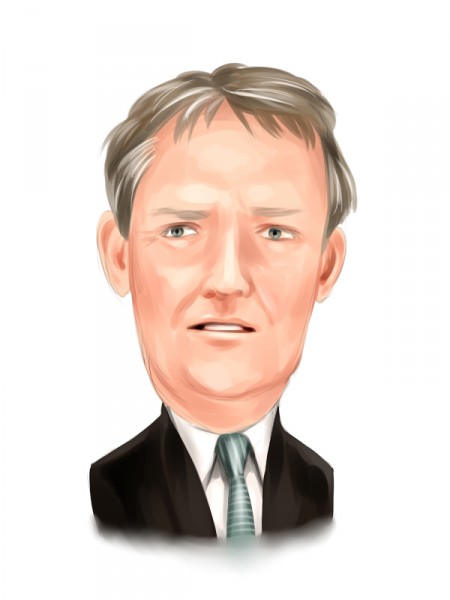 In this way, in Apache Corporation (NYSE:APA), Edinburgh cut its stake by 17% to 1.19 million shares worth $76.31 million during the third quarter, amid a 15.3% gain registered by the stock. Heading into the quarter, Edinburgh reported an $80.64 million stake containing 1.45 million shares, down by 21% over the quarter. Moreover, during the second quarter, the number of funds from our database long Apache Corporation inched up by three to 33. Edinburgh held the second-largest position, trailing  Orbis Investment Management, with a $780.5 million at the end of the second quarter. Moreover, Pzena Investment Management, Millennium Management, and Third Avenue Management were also bullish on Apache Corporation (NYSE:APA).

Whirlpool Corporation (NYSE:WHR) also saw Edinburgh cut its stake during the third quarter as the fund held 334,762 shares worth $54.29 million at the end of September, down from 405,439 shares valued at $67.56 million at the end of June. Between July and September, Whirlpool’s stock inched down by 2.2%. The number of funds tracked by us long Whirlpool Corporation (NYSE:WHR) fell by one to 37 during the second quarter. More specifically, Greenhaven Associates was the largest chareholder of Whirlpool Corporation (NYSE:WHR), with a stake worth $437.5 millions reported as of the end of June. Trailing Greenhaven Associates was Diamond Hill Capital, which amassed a stake valued at $310.9 millions. Appaloosa Management LP, Capital Growth Management, and AQR Capital Management also held valuable positions in the company.

Then there’s Johnson Controls, Inc. (NYSE:JCI), whose stock inched up by 0.3% between July and September, while Edinburgh unloaded its entire stake, which previously had contained 1.48 million shares worth $65.39 million at the end of June. Overall, there were 32 funds followed by our team long the stock at the end of the second quarter, up by 19% over the quarter. More specifically, Southpoint Capital Advisors was the largest shareholder of Johnson Controls, Inc. (NYSE:JCI), with a stake worth $203.6 million reported as of the end of June. Trailing Southpoint Capital Advisors was Blue Mountain Capital, which amassed a stake valued at $133.9 million. Corvex Capital, Scopia Capital, and Two Sigma Advisors also held valuable positions in the company. 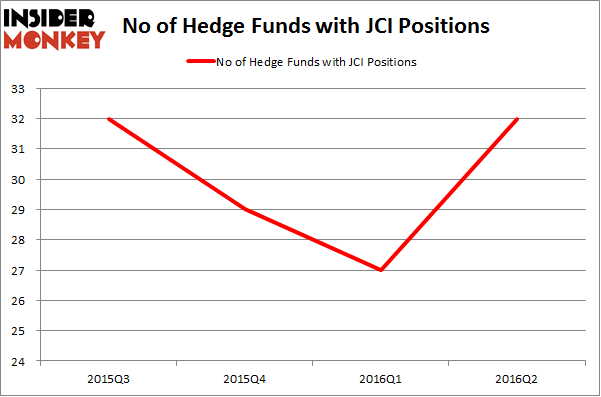 In PerkinElmer, Inc. (NYSE:PKI), Edinburgh Partners also cut its stake in the last two quarters, by 16% and 29% respectively. In this way, the fund held 1.02 million shares worth $57.39 million at the end of September, down from 1.23 million shares worth $64.41 million at the end of June. Meanwhile, the stock appreciated by 7.2% during the third quarter. Among these funds, Select Equity Group held the most valuable stake in PerkinElmer, Inc. (NYSE:PKI), which was worth $110.9 million at the end of the second quarter. On the second spot was Edinburgh Partners which amassed $64.4 million worth of shares. Moreover, Impax Asset Management, Millennium Management, and Fisher Asset Management were also bullish on PerkinElmer, Inc. (NYSE:PKI).

Continental Resources, Inc. (CLR), Carrizo Oil & Gas, Inc. (CRZO): Will...
Monthly Newsletter Strategy
Download a free copy of our newsletter and see the details inside!
Hedge Fund Resource Center
Related News
Servicemaster Global Holdings Inc. (SERV) CEO Unloads Over 75% of Shares, Plus Heavy Insider Buying at 4 Companies Here’s Why These Five Stocks Are in the Spotlight Keeping Cool With HVAC Dividend Stocks Five Auto Parts Suppliers That Hedge Funds Love Johnson Controls International PLC (JCI) Spin-Off: Is Adient a Buy or Sell? Short-Sellers Are Busy Covering Their Bets Against These Stocks Apache, Las Vegas Sands, and More: 5 Stocks That Hit 52-Week Highs This Week How to Move To Canada with No Money: Requirements for US Citizens 15 Best Careers if You are Bad at Math 10 Easiest Female Celebrities to Impersonate
Billionaire Hedge Funds