One of the large issues this country has faced over the past 20 years or so is the migration of companies away from the U.S. to set up shop. While different industries had different reasons for doing so, much of the oil and gas industry left the U.S. because it was getting too costly to produce from existing wells and find new sources. Thanks to the advancements in technology and drilling, that trend has taken an about-face, and now oil and gas companies are leaving other parts of the world to focus on the U.S. again.

Let’s take a look at a couple of companies that are doing this and what makes the U.S. so attractive for them. 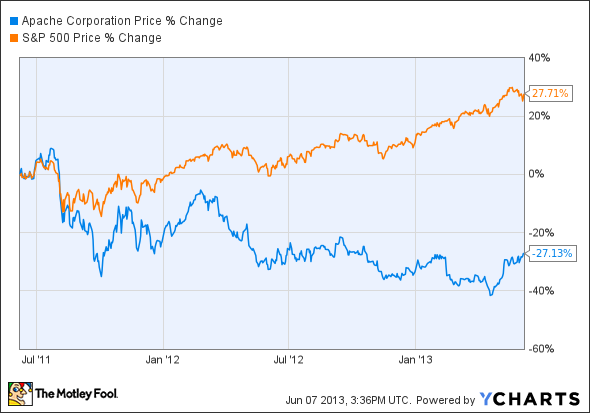 The poor performance was so bad as of late that shareholders recently voted to cut executive compensation. As of right now, Apache Corporation (NYSE:APA) has yet to sell any international assets. With its current debt load ballooning to $12.4 billion, the company does plan on making some of these assets available soon.

Apache joins a long list of companies that have moved away from international operations to focus on the U.S. Devon Energy Corp (NYSE:DVN), ConocoPhillips (NYSE:COP), and Hess Corp. (NYSE:HES) have both shed large international assets over the past couple years. Since 2010, Devon Energy Corp (NYSE:DVN) has sold all of its international and Gulf of Mexico assets for $8.5 billion to BP plc (ADR) (NYSE:BP), CNOOC Limited (ADR) (NYSE:CEO), and Apache. Hess Corp. (NYSE:HES) has taken its ones step even further, not only has the company sold off a large stake of its international acreage, but it also plans on unloading its refining and retail business as well. Not to be outdone, ConocoPhillips (NYSE:COP) has shed its Nigerian oil assets and divested its stake in Australian LNG and Canadian oil sands all within the past six months.