The incredible growth of the organic food business in the U.S. and overseas, has been nothing short of spectacular. According to the Organic Trade Association’s 2011 survey, U.S. sales of organic food and beverages have grown from $1 billion in 1990 to $26.7 billion in 2010. The Organic Monitor, an international research firm, pegged global organic sales at $54.9 billion in 2009, up from $50.9 billion in 2008. 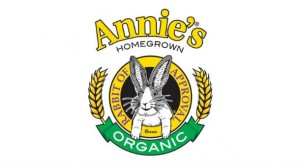 In terms of year-over-year growth, the Nutrition Business Journal reported that organic food sales grew 8% in 2010 versus slightly positive growth of the total U.S. food market. Add to this a 2008 study by magazine Vegetarian Times, which found that 10% of American adults now follow a vegetarian-inclined diet. Digesting this research, it should be no surprise that the categories experiencing the strongest sales in 2010 were organic fruits and vegetables, up nearly 12% over 2009 sales. Clearly, consumer interest in organic food is increasing, and their willingness to pay a premium for these purchases, has not been lost on capitalists.

Armed with the previous data points, large American food companies are staking their claim in the organic vertical by acquiring smaller, stand-alone brands. According to a 2012 New York Times article entitled, Has ‘Organic’ Been Oversized?, “organic food has become a wildly lucrative business for ‘Big Food’ and a premium-price-means-premium-profit section of the grocery store.”

Case in point is Bear Naked, the all-natural granola and cereal manufacturer, now owned by Kellogg Company (NYSE:K), which has a market cap of more than $23 billion. Naked Juice, the wildly popular juice producer, famous for its “acai machine” and “green machine” 100% juice smoothies, is now owned by PepsiCo, Inc. (NYSE:PEP), the maker of Cheetos, Frito’s, and Mountain Dew.

With Big Food’s increasing appetite for acquisitions, it has becoming increasingly difficult for investors to find “pure play” organic food manufacturers. Three publicly-traded companies, with market caps over $500 million, are currently available for consideration. They include include Annies Inc (NYSE:BNNY), Boulder Brands Inc (NASDAQ:BDBD) and The Hain Celestial Group, Inc. (NASDAQ:HAIN). Now, let us run down business metrics for these three food producers.

Annie’s is homegrown, but running low on cash

Annies Inc (NYSE:BNNY) went public in 2012 and is now headquartered in Berkeley, California, considered by many the home of the “whole food” movement. With a market cap of $648 million, Annies Inc (NYSE:BNNY) has an inflated trailing P/E of 69.22, but solid quarterly revenue growth of 17.70%. Bottom-line results have been lumpy, with quarterly earnings declining by more than 37%. Unfortunately, Annie’s also has a small cash position of just $12.96 million.

The Hain Celestial Group, Inc. (HAIN): The Company Is Focused on Its Balance...