Share Tweet Email
Page 1 of 2
Next >>
See All
Anika Therapeutics, Inc. (NASDAQ:ANIK) has quietly gone from being a complete unknown to recently being picked up by six hedge fund managers. This is because of the company’s stellar financials and its advanced vision in the field of tissue healing and repair.

The company is one of those hidden gems for which you spend days searching. Whenever I look for a small-cap stock to add to my portfolio, I run every company through a filter I have on my online brokerage account. This essentially narrows down the firms priced between $5 and $20 with a market cap of less than $500 million. I’m left with about 1,000 stocks to choose from.

I then go through a quantitative and qualitative analysis that less than 1% of the stocks pass. Anika Therapeutics, Inc. (NASDAQ:ANIK) has made the cut and will likely pass the $1 billion capitalization mark in the next 5 to 10 years.

While the firm still only has a market capitalization of about $260 million, it’s rapidly growing profits. What is very alluring about this business is the increase in operating expenses compared to its increase in revenue. While revenue was up $6 million in 2012 from the previous year, operating expenses only rose by $1 million.

How the competition compares

Another attractive component of Anika Therapeutics, Inc. (NASDAQ:ANIK) is its fundamental dominance over the competition. BioTime, Inc. (NYSEMKT:BTX), for example, has operating expenses that far exceed those at Anika Therapeutics, Inc. (NASDAQ:ANIK). This is an example of a stock that doesn’t pass my 10% minimum standard in profit margin. BioTime, Inc. (NYSEMKT:BTX)’s operating expenses increased by 580% over the last 4 years, while revenue increased 100% in that period — though it should be noted that revenue hasn’t increased since 2010.

Its tough to stay in business when your operating income is negative by $25 million, even when, you’re a biotech and that’s mostly due to research and development. The only reason to speculate on this stock would be for its exposure to the stem cell market. It’s already in an area with a huge amount of uncertainty. And that uncertainty runs wild in a company that is spending way too much on research and development compared to what it receives in revenue.

Bonus Biotech Stock Pick: You can also find a detailed bonus biotech stock pick that we expect to return more than 50% within 12 months.
We may use your email to send marketing emails about our services. Click here to read our privacy policy.
Related Insider Monkey Articles
Hedge Funds Are Betting On Anika Therapeutics, Inc. (ANIK)This Metric Says You Are Smart to Sell Anacor Pharmaceuticals Inc (ANAC) 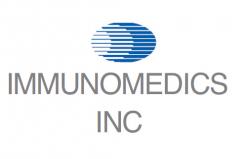 Immunomedics, Inc. (IMMU), ImmunoGen, Inc. (IMGN): Should You Invest in These...