The economy is showing signs of fumbling the recovery.

Stocks suffered their largest daily drop in more than a month on Wednesday after an unsettling snapshot of corporate America. The ADP National Employment Report showed that the private sector wasn’t hiring at the expected pace for the month of March.

The news isn’t just iffy on the macro level. There are also more than a few companies that aren’t pulling their own weight in this supposed economic recovery.

There are still plenty of names posting lower earnings than they did a year ago. Let’s go over a few of the companies that are expected to go the wrong way on the bottom line next week.

The trend would be in favor of a sixth consecutive beat, but don’t expect that to be enough to result in positive earnings growth at AngioDynamics, Inc. (NASDAQ:ANGO). Analysts feel that the company will earn just a little more than half as much as it did a year earlier.

ADTRAN, Inc. (NASDAQ:ADTN) is a provider of networking and communications equipment. The good news is that the analysts at Raymond James upgraded the company just two weeks ago. The bad news is that the upgrade only took the rating from a bearish “underperform” to a merely neutral “market perform” call.

It’s easy to see why the market isn’t getting excited about ADTRAN. Wall Street’s betting on earnings of $0.08 a share, less than half the $0.20 a share it earned a year earlier. It also doesn’t help that ADTRAN, Inc. (NASDAQ:ADTN) has come up short in two of the past three quarters.

MSC Industrial Direct Co Inc (NYSE:MSM), a direct marketer of industrial goods, turned heads in February when it offered to pay $550 million for the North American distribution business of Barnes Group Inc. (NYSE:B). This is the kind of move that may ultimately inspire growth, but for now MSC is eyeing a 5% dip in profitability on a per-share basis.

SemiLEDs Corporation (NASDAQ:LEDS) is the only name on this list that’s expected to post a quarterly deficit. The Taiwanese maker of LED chips and LED components for general lighting applications has been bad news for investors lately. It has posted larger losses than analysts were expecting in each of its three previous quarters. The stock has shed more than two-thirds of its value over the past year, and things may not get any better until it stops disappointing the prognosticators.

Finally, we have Commerce Bancshares, Inc. (NASDAQ:CBSH). The parent company of regional banker Commerce Bank watches over $22.2 billion in assets. Investors are getting comfortable with buying into banks again, and Commerce Bancshares also isn’t one of the troubled operators that’s lucky to be mailing out $0.01-a-share quarterly dividend checks. The stock packs a reasonable yield of 2.3%.

Despite an upcoming earnings season in which most banks are expected to post year-over-year increases in profitability, Commerce Bancshares is expected to go the other way. 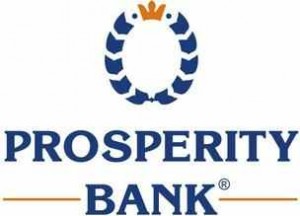 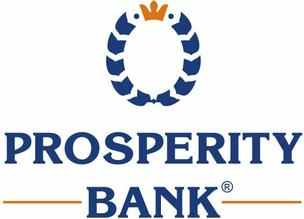