Published on October 16, 2015 at 2:09 pm by Sure Dividend in Dividend Stocks, News, Stock Analysis

The stocks decline is due to recent growth projections from Wal-Mart’s 22nd annual meeting for the investment community.

With stock declines of about 10% the day of the meeting, things did not go well.

For some companies (Netflix, Inc. (NASDAQ:NFLX), Amazon.com, Inc. (NASDAQ:AMZN), Tesla Motors Inc (NASDAQ:TSLA), Facebook Inc (NASDAQ:FB), etc.) revenue is all that matters (to the investing community).  Profits are a distant thought – something that can be achieved one day, after rapid revenue growth is achieved. 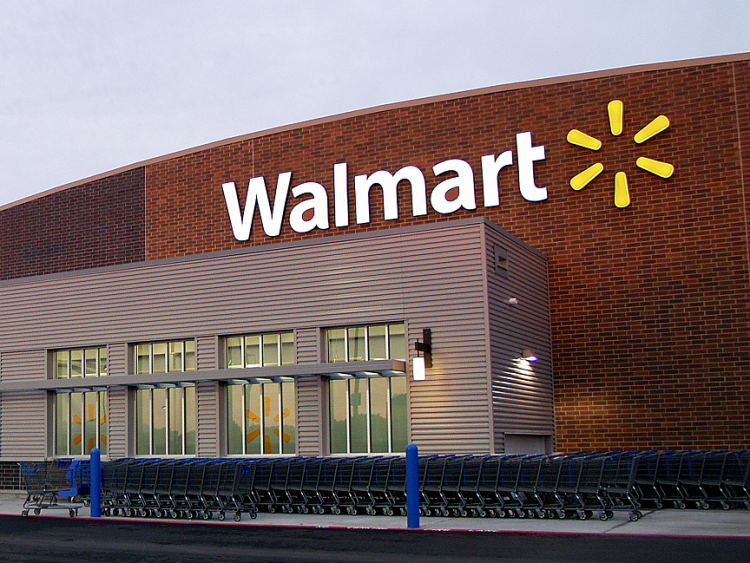 Wal-Mart is not judged like those businesses.  For Wal-Mart profit matters.  That’s a good thing for investors and for Wal-Mart. And smart money investors love Wal-Mart. According to our data, 65 funds among those we track hold long positions in the company with an aggregate value of $8.52 billion, equal to 3.70% of the outstanding stock at the end of June. Among these, Warren Buffett’s Berkshire Hathaway owns by far the largest stake, which contains 60.39 million shares.

Unfortunately for Wal-Mart, most investors are focused on short-term growth; what can you show me over the next quarter or year?After all, Wal-Mart is a Dividend Aristocrat with over 40 years of consecutive dividend increases.  You can’t do that unless you focus on profit.

Wal-Mart Stores, Inc. (NYSE:WMT) could have continued on the path it has been on for the last decade – building new stores, finding new ways to cut costs, and repurchasing shares.

Wal-Mart’s reputation was slowly declining.  The company was not seeing significant comparable store sales improvements.  Instead of continuing on the same path, the company is repositioning itself.

Here’s what Wal-Mart CEO Doug McMillon had to say about the company’s strategy in their recent investor meeting (emphasis added):

“So today, we’re older than 50 and we’ve become large and if you study retail history you know that retailers come and go and we’re going to defy that historic cycle that retailers go through by being thoughtful enough about how we position ourselves for the future and embrace change and be willing to cannibalize ourselves if we need to be so that we can set the stage for the future.

And yes, that’ll put some short-term pressure on the company but we believe that you and others will support it as long as you understand the strategy, you know why we’re doing it and we do a sufficient job of answering your questions about it.

In previous years, you’ve heard us speak to the financial priorities of growth, leverage and returns and I want to clarify where we are right now because we are in this period of transformation. As we pivot towards the future, growth is our top priority. If we’re not relevant for customers, nothing else matters.

So we’re always going to work to achieve leverage. You don’t have to worry about us putting processes in place that make us more efficient or watching our travel costs. We just do that habitually. We will manage cost but the best way to deliver leverage over time is by growing sales.

These things have to work together. You want growth and returns. So do we. But for now, growth is our focus. Our core business will continue to have great returns and we believe the investments that we’re making in Ecommerce will help returns over the long term. And don’t just think of those investments as being pure Ecommerce but also have this mindset around how the whole thing comes together.”