eBay Inc (NASDAQ:EBAY) is the premier online commerce company. Individuals and businesses can list items for auction or at “Buy It Now” prices, and consumers buy the products, sometimes brand new and other times in used condition. It’s a very simple and easy to understand business, as every time a seller lists a product, eBay gets to charge a transaction fee. With 112 million active users and more than 350 million listings globally, eBay is a solid company. 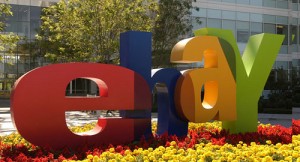 eBay Inc (NASDAQ:EBAY) has a huge competitive advantage because of its network effect, meaning that because so many people use eBay, other companies can’t really compete. If someone wants to find a product, they generally search Amazon.com, Inc. (NASDAQ:AMZN), maybe Craigslist, and eBay.

Other e-commerce plays have a tough time competing with eBay. For instance, there must be a link between two people in order for the business to work (a buyer and a seller), and it’s almost impossible to establish such a network when eBay’s business already works seamlessly.

Even if I had $1 billion, I couldn’t compete with eBay. That’s because the company’s advantage isn’t measured in monetary terms but instead in people, and it’s that trust and loyalty that gives eBay a huge moat.

Amazon’s model is more of a store front, much like Wal-Mart Stores, Inc. (NYSE:WMT). The difference between Amazon, Wal-Mart, and eBay is that eBay doesn’t actually sell anything, whereas the other two do.

In addition, Amazon.com, Inc. (NASDAQ:AMZN) and Wal-Mart sell significantly fewer products than eBay (think of the items and services sold by individual people that aren’t sold in stores.) Although Amazon and Wal-Mart Stores, Inc. (NYSE:WMT) are tough competitors, they can’t match eBay’s advantage of connecting two people for a transaction.

eBay Inc (NASDAQ:EBAY) has a lot of opportunities to grow. First, with an already superior network, more people looking to sell and buy products will use eBay to gain access to millions of others who are similarly looking to buy or sell said products. With more people using eBay, this means more listings and more revenue for eBay.

In addition, eBay’s PayPal service is growing in the mobile arena, allowing consumers to pay just by entering an email and password, or via Near Field Communication (NFC) technology found on some newer phones.

eBay gets a small cut when a transaction is made through PayPal. With the rise of eBay’s network effect and mobile payments, eBay still has plenty of room to grow.

eBay Inc (NASDAQ:EBAY) has a great management team. Pierre Omidyar founded the company in 1995 and has been chairman since its incorporation. He also owns 121 million shares, or 9.4% of the company, and is eBay’s largest shareholder.

It’s always great to see a company’s founder still at the helm — especially as the largest shareholder. With Pierre having much of his future tied to eBay’s performance, he’ll ensure the company matures well over time.