Ever since the late 1950s, when commercial quantities of oil were first discovered in Nigeria’s Niger Delta basin, West Africa has been an area of interest for oil and gas exploration and production companies.

But a host of challenges, many of them related to threats of violence and corrupt political regimes, dissuaded many of the world’s leading energy companies from prospecting areas of Africa more thoroughly.

However, that reluctance quickly changed to renewed optimism when Tullow Oil discovered the Jubilee oil field in Ghana back in 2007 – a find hailed as one of the largest recent discoveries on the continent. Jubilee, which has an estimated reserve potential of about 5 billion barrels of oil, piqued the interest of a bevy of global exploration and production companies, who subsequently rushed into neighboring Gabon, Liberia, and Sierra Leone, eager to exploit the continent’s vast natural resources. 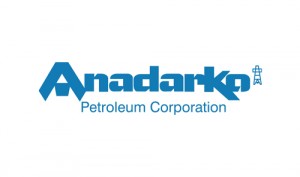 Energy companies exploring in Africa
Initially, it was mostly smaller, foreign exploration and production outfits, including Ophir Energy, Kosmos Energy, Africa Oil and others, that dominated exploration off the coast of sub-Saharan Africa. Mid-sized international oil and gas companies, such as Anadarko Petroleum Corporation (NYSE:APC), which made an explosive move into exploring offshore Tanzania, where one of its deepwater exploration wells reported promising results last year, also played important roles.

But over the past few years, the world’s largest integrated oil companies have also joined the party. For instance, Brazilian oil major Petrobras Argentina SA ADR (NYSE:PZE) is preparing to drill exploration wells offshore Tanzania, where it holds 50% stakes in two offshore exploratory blocks, while Exxon Mobil Corporation (NYSE:XOM) has turned its attention to exploratory prospects off the coast of South Africa, where it acquired a 75% stake in blocks owned by Impact Oil & Gas late last year.

And Chevron Corporation (NYSE:CVX) announced in March that it will proceed with the development of the Moho Bilondo “Phase 1 bis” and Moho Nord projects offshore the Republic of Congo. The projects, situated roughly 50 miles southwest of Pointe-Noire in water depths ranging from 1,500 to 4,000 feet, are expected to cost about $10 million and produce a combined 140,000 barrels of crude oil per day at their productive peak, which Chevron Corporation (NYSE:CVX) reckons will be attained in 2017.

Final thoughts
Chevron Corporation (NYSE:CVX) and the other integrated oil majors’ willingness to take on the high level of risk by prospecting acreage often tied to unstable political regimes highlights their urgent need to find new reserves and boost production. Many are struggling to replace the oil they produce with new reserves, as reflected by some of their weak reserve replacement ratios.