Offshore Tanzania, for instance, has attracted the interest of Anadarko Petroleum Corporation (NYSE:APC), which reported promising results from one of its exploratory wells last year, as well as Petroleo Brasileiro Petrobras SA (ADR) (NYSE:PBR), which is getting to ready to drill wells in two offshore exploratory blocks.

Meanwhile, Chevron Corporation (NYSE:CVX) recently announced that it is gearing up to develop the Moho Bilondo “Phase 1 bis” and Moho Nord projects offshore the Republic of the Congo, while Exxon Mobil Corporation (NYSE:XOM) is getting ready to develop exploratory prospects off the coast of South Africa, where it purchased a 75% stake in blocks from Impact Oil & Gas in December of last year.

While these projects hold promise, another big wave of investment in West Africa may be in the deep waters off the southern coast of Gabon, a small West African country bordering Equatorial Guinea and the Republic of the Congo.

Gabon’s oil and gas potential
Gabon has been producing oil for decades and boasts 2 billion barrels of proven reserves – the fifth-largest in Sub-Saharan Africa, trailing only Nigeria, Angola, Sudan and South Sudan (combined), and Uganda. However, the nation’s oil production has been in decline for the past 15 years or so, due to depletion of older oil fields and the paucity of new discoveries.

The drop-off in oil production has been especially detrimental to the Gabonese economy, which depends heavily on oil revenues; oil accounts for 65% of government revenue and 75% of export revenue, according (link opens a PDF) to the African Economic Outlook. But the results from new exploratory offshore wells could soon help reverse the trend of declining production.

In April, VAALCO Energy, Inc. (NYSE:EGY) completed a new development well in the Avouma field offshore Gabon, and may drill additional wells in the region, spurred on by encouraging estimates of potential recoverable reserves. And in May, Royal Dutch Shell plc (ADR) (NYSE:RDS.A) was reportedly readying a newly repaired oil rig to begin drilling for the first time off the coasts of Gabon and Benin.

But perhaps the most significant exploratory well offshore Gabon is the Diaman-1 exploration well, currently being drilled by French oil giant Total SA (ADR) (NYSE:TOT)‘s Ocean Rig Olympia in water depths of around 5,500 feet. According to the Financial Times, the results from the well – expected sometime in the next few months – could “spark an investment frenzy”. 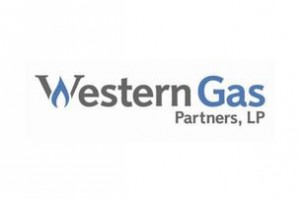 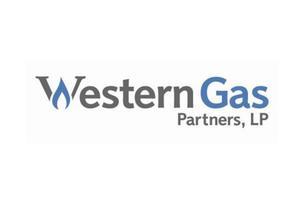 Chevron Corporation (CVX) – China Commits to Ecuador: Out With the Old...
Monthly Newsletter Strategy
Download a free copy of our newsletter and see the details inside!
Hedge Fund Resource Center
Billionaire Hedge Funds