The United States has recently grasped that it sits atop some of the largest natural gas deposits in the world. These largely untapped resources have the potential to alter the energy landscape domestically and abroad. 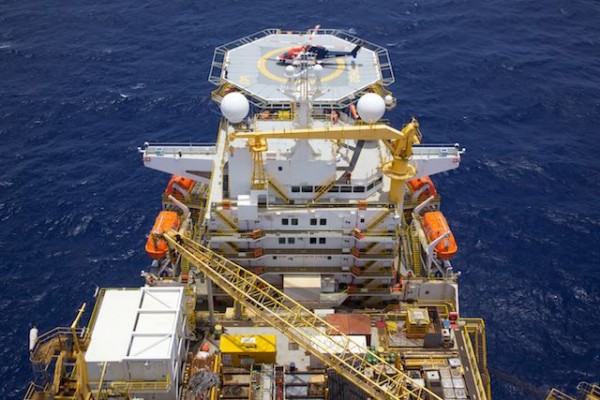 Demand for this commodity has increased substantially over the years.

Electric generation by natural gas is expected to soar to 82% of new capacity in 2013, up from 42% last year. The Wall Street Journal reported in 2012 that 258 natural gas plants were being built with expected completion by 2015. Couple that with the over 580 plants already online and demand looks solid.

This is just the beginning of a revolution that, according to billionaire energy expert T. Boone Pickens, is long overdue.

Here, companies poised to benefit will be highlighted.

Anadarko Petroleum Corporation (NYSE:APC) is traditionally thought of as an oil play, but it is also the number three natural gas producer in the USA. As of year-end 2012, the company had approximately 2.56 billion barrels-equivalent of proved reserves, making it one of the world’s largest independent exploration and production companies. Reserves were comprised of 46 percent liquids and 54 percent natural gas.

On March 19 Anadarko Petroleum Corporation (NYSE:APC) announced its Shenandoah-2 well, in the Gulf of Mexico, encountered more than 1,000 net feet of oil pay, making it one of the largest discoveries ever in this company’s storied history. This follows two of the world’s largest oil discoveries in 2012 offshore of Mozambique.

Large oil supplies have helped to insulate investors from past volatility in the natural gas market, making this a safe way to play the growing natural gas sector.

But that insulation may not be needed any longer. The fourth quarter of 2012 saw natural gas sales and volumes up approximately 8% vs one year ago. Revenue was up about 5% over that same time. The revenue failed to keep pace due to a 2011 average natural gas price of $3.43 vs. $3.28 for 2012. Expect natural gas revenue to increase substantially in 2013 due to the already much higher average price, currently at $3.95.

Finally, not only will Anadarko Petroleum Corporation (NYSE:APC) benefit from the higher natural gas prices, but with oil trading around the $100 range again, profitability should be substantially greater in 2013 for both areas of concentration.

Over the last few years Chesapeake Energy Corporation (NYSE:CHK) has found itself on the wrong side of the market. Using high amounts of debt to grow its natural gas empire just before the collapse in 2008/09 was the first stumble. Interestingly, the CEO also found himself over-extended at that same time with his personal margin account.

The next stumble came as they divested natural gas assets following the collapse to service that debt at exceptionally low prices. They used these proceeds to shore up the balance sheet and purchase oil properties that were designed to diversify the company and protect it against future market fluctuations. It seems to have worked, with Q4 2012 showing a 69% YoY increases in oil production.