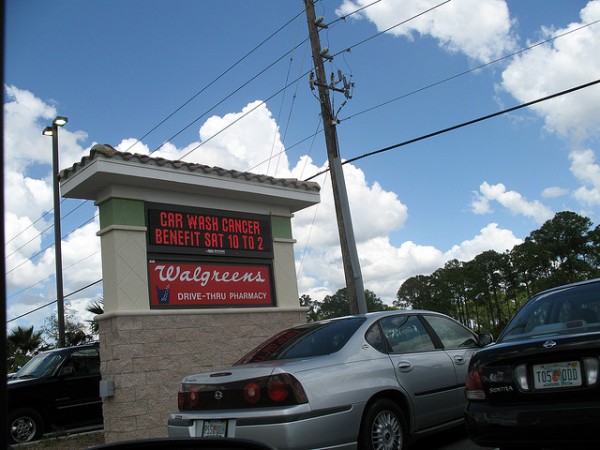 For the quarter, net sales were flat, but gross margin improved 120 basis points, leading to a 10.7% increase in net income for the quarter. Notably, net sales were only flat by virtue of opening new stores during the quarter, masking disappointing same-store metrics, which ended up somewhat complicated. Overall same-store sales were down several percentage points, while the average customer ticket went up, but customer traffic went down. So, essentially, customers are spending more, but there are too few customers for it to matter, which isn’t a sustainable situation.

Alliance Boots is essentially the Walgreen Company (NYSE:WAG) of Europe. Both companies are the largest retail pharmacies in their respective region, putting them in a good position to profit from aging populations that will increasingly need more prescription drugs.

Interestingly, Walgreen purchased 45% of Alliance Boots last summer and has the option to acquire the rest of the company in two years. In that event, Walgreen would have significant influence overAmerisourceBergen Corp. (NYSE:ABC). This is part of Walgreen’s plan to create a “global, pharmacy-led, health and well-being enterprise” — an ambitious goal.

Launching the flagship
Barely mentioned Tuesday, but still important, is Walgreen Company (NYSE:WAG)’s flagship strategy. The company is planning three new flagship stores over the next couple of months, in addition to the current four, which offer, among other things, professional manicures, a cafe, a smoothie bar, and a selection of premium cheeses, fresh sushi, and organic food.