The Consumer Finance Protection Bureau (CFPB) announced a legal settlement with four mortgage insurance companies last week that will resolve allegations of “kickbacks” to lenders, and require the firms to pay more than $15 million in combined penalties.

CFPB head honcho Richard Cordray said in a statement that “Illegal kickbacks distort markets and can inflate the financial burden of home ownership for consumers.”

A Brief on the CFPB Claims 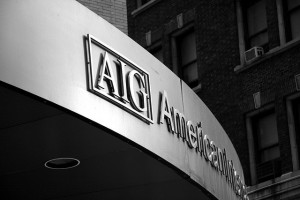 The bureau claims that lenders “steered” borrowers to mortgage insurance provided by the four companies. In return, the insurers made “disguised” payments to the lenders to gain more business. This violates the Real Estate Settlement Procedures Act (“RESPA”).

These payments were disguised as “captive reinsurance” — a way for insurance companies to cover their risk of potentially high losses. However, reinsuring risk back to the lender through a so-called captive reinsurer is a standard industry practice. It’s legal — provided that there is real risk transfer. But the CFPB claimed that “the payments didn’t appear to provide real economic value to the mortgage insurers.”

In settling the case, none of the insurers admitted or denied the allegations. In addition to the penalties, the four companies are prohibited from entering any new captive insurance arrangements with mortgage lenders for 10 years. Finally, the settlement needs to be approved by a U.S. District Court.

The Bottom Line for Investors

It is doubtful that the settlement will have a significant effect on the four insurers. In fact, it really is a “wrist slap.”

Gemworth Mortgage Insurance is a unit of Genworth Financial Inc (NYSE:GNW). The company’s exposure to serious potential liability when the housing market tanked posed a far greater risk to its mortgage insurance unit than the CFPB case has. But both problems are behind the firm now, and should not pose a problem as the housing market recovery continues. And many analysts believe the stock will outperform the S&P 500 going forward. This is big news given the index recently hit a new high and is likely to continue advancing in 2013.

Radian Guaranty is a division of the Radian Group Inc (NYSE:RDN). A number of analysts have recently upgraded RDN because earnings will continue to improve after a debt sale in March. The company’s share price rebounded sharply and has climbed more than 70% this year. If the modest housing recovery gains steam, Radian Group Inc (NYSE:RDN) will benefit because more borrowers will be required to purchase mortgage insurance since lending standards are much tighter.

Mortgage Guaranty Insurance is a subsidiary of MGIC Investment Corp. (NYSE:MTG). Some analysts have noted that the company has a number of weaknesses. In particular, the outfits’ net income is on a downward spiral, and its stock price has a track record of under-performing. Even though shares were up by more than 100% this year, that run now appears to be over.

United Guaranty Corp is a unit of American International Group Inc (NYSE:AIG). Most market players know all the risks attached to the global insurance giant. But the company is on the mend, now that it has sold off assets to re-focus on its core insurance business lines. In particular, the unit that was caught up in the credit default swap mess was the first to be spun off. Most importantly, the US Treasury has unwound most of its ownership position in American International Group Inc (NYSE:AIG).