Part of my ritual as an investor is to review the Insider Transactions column in Barron’s Magazine. The popular weekly publication makes an effort to highlight the largest insider purchases and sales in recent days.

While Barron’s provides basic information about insider activity, readers are left on their own to explore whether a solid argument can be made to buy or sell a stock.

Here are three stocks that caught my eye from Barron’s May 27 issue, and the underlying story for each:

Insurance giant on the rise 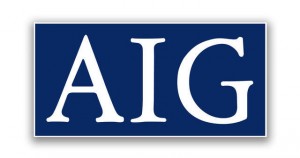 American International Group Inc (NYSE:AIG) is an international insurance company which serves customers in more than 130 countries through its property-casualty network. The company received a bailout from the U.S. Treasury during the 2008-09 financial crisis and repaid its commitment to the American taxpayer in full during late 2012.

I’ve written positively on American International Group Inc (NYSE:AIG) before, notably my comprehensive write-up Insiders Love This Back from the Dead Financial. Shares have risen more than 25% year-to-date and are poised to continue their climb with recentinsider buying and continued optimism from Wall Street.

Recently appointed board member William Jurgensen purchased 10,000 shares of AIG common stock for $45.20 per share. The total transaction value amounted to $452,000 when the stock was bought on May 20. Jurgensen is the former CEO of Nationwide Mutual Insurance and Nationwide Financial Services.

I believe American International Group Inc (NYSE:AIG) shares will continue to the upside based on an expanding return on equity (ROE), improved capital management, and share buyback plan. Analysts at Barclays Capital raised their price target to $52 from a previous $41 as recently as May 13.

Mr. McClendon gained the attention of corporate governance experts for his controversial pay packages and personal expenditures using corporate funds. Dating back to the 2008-09 financial crisis, McClendon purchased Chesapeake Energy Corporation (NYSE:CHK) stock on margin and ultimately required the company to issue a bailout for his personal finances.

To the applause of governance critics and shareholders alike, McClendon finally resigned in January 2013 after numerous inquiries were made regarding his personal loans. Shares have risen more than 14% since the announcement and formal resignation on April 1.

Robert Lawler, a senior executive at Anadarko Petroleum Corporation (NYSE:APC), has been selected to be the new CEO of Chesapeake Energy Corporation (NYSE:CHK) effective on June 17. Lawler has more than 25 years of experience as a petroleum engineer.