American International Group Inc (AIG): Admit It, No One Has Any Idea What’s Going On

They call economics “the dismal science.” We got a good example why this week.

Three years ago, Harvard economists Ken Rogoff and Carmen Reinhart published a paper based on solid history and rigorous statistics showing that when a country’s debt-to-GDP ratio breaches 90%, its growth plunges into negative territory. As highly respected economists, the paper influenced policymakers around the world. 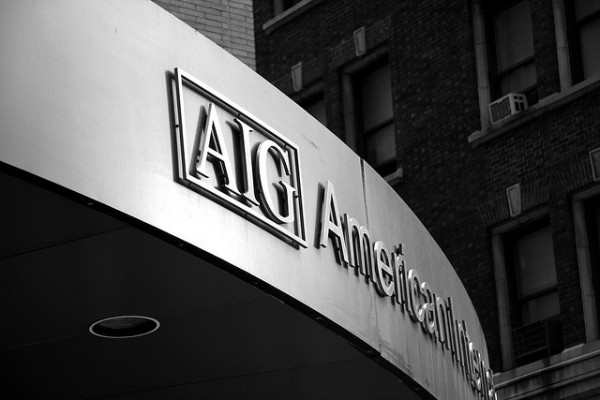 “[I]t is widely acknowledged, based on serious research, that when public debt levels rise about 90% they tend to have a negative economic dynamism, which translates into low growth for many years,” said EU Commissioner Olli Rehn in 2010.

“Economists who have studied sovereign debt tell us that letting total debt rise above 90 percent of GDP creates a drag on economic growth and intensifies the risk of a debt-fueled economic crisis,” said Congressman Paul Ryan in 2011.

But it wasn’t an excellent study. A separate group of economists tried replicating Rogoff and Reinhart’s results, and couldn’t. Stumped, they asked for the actual spreadsheet used in the seminal study, and found it littered with data omissions and Excel coding errors. Rogoff and Reinhart showed economies with debt-to-GDP above 90% experience average GDP growth of negative 0.2%. Fix the math errors, and the real figure is positive 2.2%. Oops.

Economists and pundits have been floored at the discovery all week. As they should; it was a flagrant error.

But these kind of “now-you-know-it-now-you-don’t” moments are more common than people think in economics.

Take the monthly jobs report. Almost every initial report is revised in subsequent months, often by a lot.

Except that, yes it did. Revisions later showed the economy added 132,000 jobs in August 2011, not zero. It was actually the third-best August jobs report in the previous decade. Few seemed to care about the revisions, or even notice. By then, the damage had been done.

But maybe not. As The Washington Post pointed out, many economists now think the productivity numbers are grossly inflated, since determining whether, say, a car assembled in Ohio with Japanese parts should be counted as domestic or foreign manufacturing is a messy subject. Cost savings from outsourcing can mistakenly show up as domestic output. Adjust for that bias, and as much as half of manufacturing output growth between 1997 and 2007 melts away, according to economist Susan Houseman. As Rob Atkinson of Information Technology and Innovation Foundation put it: “I bought into this idea for a long time that it was superior labor productivity that caused most manufacturing job losses. Then I began to dig into the numbers.”

Everyone knows Japan’s economy has stagnated over the last two decades. Everyone, it seems, except Tokyo-based journalist Eamonn Fingleton. Japan, Fingleton notes, calculates GDP and inflation differently from other countries. He writes:

Luckily there is a yardstick that finesses many of these problems: electricity output, which is mainly a measure of consumer affluence and industrial activity. In the 1990s, while Japan was being widely portrayed as an outright “basket case,” its rate of increase in per-capita electricity output was twice that of America, and it continued to outperform into the new century.