Recently, REITs have done well. During a three year period ended July 31, the Dow Jones Equity REIT Index delivered annualized returns of 30%. The index reached a peak in May and has since fallen 10%.

I’ve never been a fan of buying indexes. True, they should be the preferred investment vehicle for many investors. But if you have the time and inclination to develop your stock-picking skills, it can be quite rewarding to try to outperform the indexes. 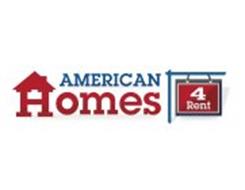 In every sector there are winners and losers. An index covering a wide area lets you share in the gains of the winners, but your returns are weighed down by the losers. Shrewd individual stock selections can minimize the possibility of the latter.

So lets examine a subset of REITs that specialize in buying distressed single family homes, renovating them if need be, and then renting them out. The thinking is these companies will provide an opportunity for investors to bet on a rebound in the housing market.

American Homes 4 Rent (NYSE:AMH) sold shares for the first time on July 31, 2013. Controlling over 19,000 homes, the company is the second largest landlord of single-family homes in the country. Although investors were less than excited over the IPO, shares fell as much as 3% in their debut.

Investors are dubious of the company’s ability to generate profits. In the first quarter of 2013, the company posted revenue of $6.6 million and a net loss of $7.7 million. Less than encouraging numbers from a company valued around $1 billion.

Doubters also point to low occupancy rates as a reason for skepticism. The company has stated that just 11,000 (of its more than 19,000 homes) are currently leased to tenants, an occupancy rate of 58%. But 97% of the properties it has owned for 90 days or longer have been leased. That’s a signal that finding tenants may not be a serious problem for this company.

The company’s founder has an impressive track record

American Homes 4 Rent (NYSE:AMH) was founded in 2011 by billionaire B. Wayne Hughes. When it comes to running a business, not many men have a more impressive track record than Mr. Hughes.

The man founded Public Storage (NYSE:PSA) in 1972. That company has since grown into the largest self-storage company in the world. It expanded from 1 self-storage unit in 1972, to over 2,000 today.

I think it’s safe to say that B. Wayne Hughes is pretty good at running a business. Storage units and single-family homes are two very different types of real estate. It’s uncertain whether Mr. Hughes will be able to replicate his storage unit success in the single family housing arena. That being said, his track record is very encouraging.

American Homes 4 Rent (NYSE:AMH) isn’t the only option if you are looking to invest in a REIT that rents out single family homes. Another potential investment is Silver Bay Reality Trust, a company that had its IPO last December.

Silver Bay owns over 5,000 homes and is valued at $628.5 million. The company has $92.2 million in cash on its balance sheet compared with only $19.1 million in total liabilities. Excessive debt is a non-issue and should not become a problem in the foreseeable future.

Like American Homes 4 Rent (NYSE:AMH), this company is also struggling to produce profits. In the first quarter of 2013, it generated $7.68 million in revenue and had a net loss of $6.4 million.

American Tower Corp (AMT): A Nontraditional REIT Capitalizing on One of the...