Mortgage agency REITs have been badly hammered in the past three months. For the hardy breed of investors who can withstand the stomach-churning volatility, the rewards can be huge indeed. REITs in general carry some of the highest dividend yields in the market.

It is this fear that has sent American Capital’s stock tumbling from its April 26, 2013, $33 price to the current $22 trading range, in a short span of just five months.

What’s happening to agency trusts?
While all players have been hurt recently, agency-focused trusts such as American Capital Agency Corp. (NASDAQ:AGNC) were the clear losers. There were a few things in the mix that worked in tandem to add to the mREIT’s growing pains. One of these is the 10-year Treasury yield, which hit 2.90% recently, very close to the two-year high.

Another reason is most investors expected the Fed to start cutting down on its $85 billion-a-month asset purchase program that is part of its stimulus package. Investors were spot-on this one since the Federal Open Market Committee released the minutes for its July meeting last week that revealed it was comfortable with a tapering timeline. Although it failed to issue a definitive timeline of when the monetary tightening would commence.

The tapering timeline case is further exacerbated by the growing fears that Larry Summers is the hot favorite to replace the Fed’s chairman Ben Bernanke, reportedly trouncing his rival and other thought-to-be contender Janet Yellen. Mr. Summers is seen as a strong proponent of the Fed cuts and could likely speed up the process. Many investors would have preferred Yellen, since she comes across as being more moderate on the cuts.

American Capital Agency MBS portfolio still weak
In a bid to hedge against interest rate fluctuations and preserve book value over the short-term, American Capital Agency Corp. (NASDAQ:AGNC) has been employing a business strategy that favors acquiring or holding fewer price-sensitive mortgage-backed securities, or MBS, which in turn generate lower yields. As a result, the firm has been increasing its 15-year MBS holdings while offloading its 30-year MBS holdings. Fifteen-year MBS carry a lower volatility than their 30-year counterparts. On the flip side, these investment vehicles generate lower yields. 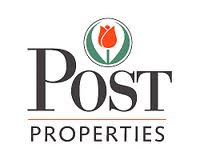