Ameren Corp (AEE): Are Hedge Funds Right About This Stock?

Legendary investors such as Leon Cooperman and Seth Klarman earn enormous amounts of money for themselves and their investors by doing in-depth research on small-cap stocks that big brokerage houses don’t publish. Small cap stocks, especially when they are screened well, can generate substantial outperformance versus a boring index fund. That’s why we analyze the activity of those elite funds in these small-cap stocks. In the following paragraphs, we analyze Ameren Corp (NYSE:AEE) using data gathered from these top investors. 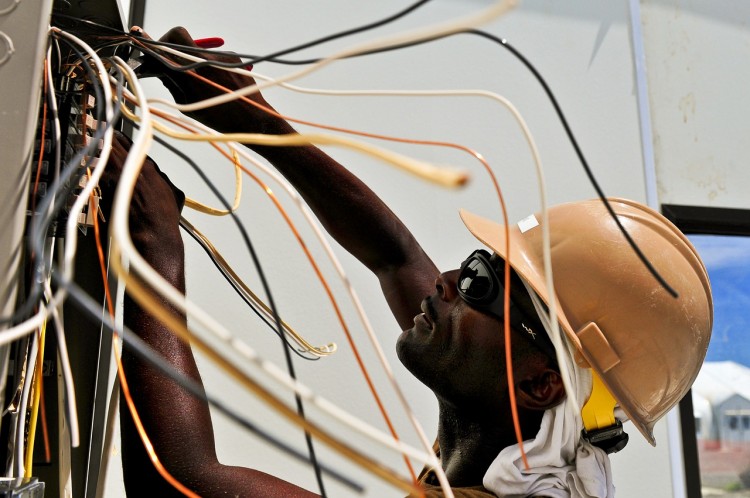 Ameren Corp (NYSE:AEE) was in 18 hedge funds’ portfolios at the end of September. AEE has seen hedge fund interest remain neutral lately. There were 18 hedge funds in our database with AEE positions at the end of the previous quarter. At the end of this article we will also compare AEE to other stocks including Alcatel Lucent SA (ADR) (NYSE:ALU), Martin Marietta Materials, Inc. (NYSE:MLM), and Banco de Chile (ADR) (NYSE:BCH) to get a better sense of its popularity.

In the eyes of most shareholders, hedge funds are assumed to be slow, old investment tools of yesteryear. While there are more than 8,000 funds with their doors open at present, experts at Insider Monkey, a website specializing in hedge funds, hone in on the masters of this group, approximately 700 funds. These investment experts orchestrate most of the smart money’s total asset base, and by paying attention to their finest investments, Insider Monkey has formulated many investment strategies that have historically exceeded the broader indices. Insider Monkey’s small-cap hedge fund strategy outperformed the S&P 500 index by 12 percentage points a year for a decade in their back tests.

With all of this in mind, we’re going to take a look at the latest action surrounding Ameren Corp (NYSE:AEE).

Heading into Q4, a total of 18 of the hedge funds tracked by Insider Monkey held long positions in this stock, unchanged from one quarter earlier. With hedgies’ capital changing hands, there exists an “upper tier” of noteworthy hedge fund managers who were upping their stakes substantially.

According to publicly available hedge fund holdings data compiled by Insider Monkey, Israel Englander’s Millennium Management has the largest position in Ameren Corp (NYSE:AEE), worth close to $264.3 million, comprising 0.5% of its total 13F portfolio. The second-largest stake is held by Luminus Management, managed by Jonathan Barrett and Paul Segal, which holds a $64.6 million position; 2% of its 13F portfolio is allocated to the company. Other peers with similar optimism include Jim Simons’ Renaissance Technologies, Cliff Asness’ AQR Capital Management, and Vince Maddi and Shawn Brennan’s SIR Capital Management.

Since Ameren Corp (NYSE:AEE) has experienced a declination in interest from the aggregate hedge fund industry, it’s easy to see that there were a few money managers that decided to sell off their positions entirely in the third quarter. Interestingly, Glenn Russell Dubin’s Highbridge Capital Management said goodbye to the largest investment of all the hedgies monitored by Insider Monkey, worth an estimated $7.7 million in stock, while the Millennium Management Subsidiary of Green Arrow Capital Management was right behind this move, as the fund sold off about $7 million worth of shares. These transactions are interesting, as total hedge fund interest stayed the same (this is a bearish signal in our experience).

As you can see these stocks had an average of 24 hedge funds with bullish positions and the average amount invested in these stocks was $844 million, far more than the $459 million invested in Ameren. Martin Marietta Materials, Inc. (NYSE:MLM) is the most popular stock in this table. On the other hand Banco de Chile (ADR) (NYSE:BCH) is the least popular one with only four bullish hedge fund positions. Ameren Corp (NYSE:AEE) is not the least popular stock in this group but hedge fund interest is still below average. This is a slightly negative signal and we’d rather spend our time researching stocks that hedge funds are piling on. In this regard MLM might be a better candidate to consider a long position in.

Is AEE A Good Stock To Buy?NYSE:AEEYahoo Finance