Amazon.com, Inc. (AMZN): Ground Control to This Company, “Seattle, We Have a Problem”

Before reporting its fourth quarter earnings at the end of January, Amazon.com, Inc. (NASDAQ:AMZN) was valued at approximately 3,500 times trailing 12-month earnings. This is a fascinating statistic, the magnitude of which is difficult at first to grasp. Suppose that you took a profitable tech company like Cisco Systems, which makes $9 billion in profit from $47 billion in revenue, and represented its P/E ratio of 12 as an extremely tall building — say the height of the Great Pyramid of Giza in Egypt. Apples to apples, how much higher would Amazon’s building be? 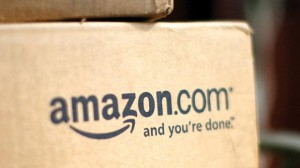 You would have to stack an equivalent of 290 Giza Pyramids, all the way into the stratosphere, to construct this tower, finally stopping at about 40 kilometers above the Earth, or just the right height to ask Felix Baumgartner to hand you a Red Bull from his Stratos space capsule. Even after Amazon’s earnings for the trailing 12 months turned negative, its stock has remained buoyant. Let’s examine why Amazon.com, Inc. (NASDAQ:AMZN)’s stratospheric valuation, so long untethered, may soon approach re-entry.

Elusive profits from “Other Services”
Over the last 10 years, Amazon’s total gross margin has remained within a fairly predictable band, ranging in most quarters between 20% and 26%. For years, investors have assumed that Amazon’s top-line growth will come from online retail sales, while its margins will rise on the shoulders of what Amazon.com, Inc. (NASDAQ:AMZN) terms “Other Services,” which includes Amazon Web Services, fulfillment, digital content, publishing, and advertising. You might think that, by now, the boost from other services, especially Amazon Web Services, or AWS, would have kicked in. AWS is the largest provider of public cloud computing services, and has been estimated to have grossed over $2 billion last year. Amazon does not break out results for AWS separately in its financials.

Some insights can be gained in reviewing how Amazon.com, Inc. (NASDAQ:AMZN) treats expenditures to build this business. Internal use software is amortized over two years, and the servers used for AWS are depreciated over three years. The short amortization and depreciation periods signal that the infrastructure for web services may be more capital intensive than one might assume. Generally accepted accounting principles, or GAAP, require that software and equipment are amortized and depreciated over management’s best estimate of their useful lives. Having to replace server infrastructure every few years signals a relatively high fixed cost.

Couple this fixed cost challenge with Amazon’s penchant for discounting to gain business, and you can see why AWS is not having more of an impact on the company’s net income. AWS tends to cut pricing for server time as it gains efficiencies, and has passed on 20 price cuts to clients over the last few years. This is helping AWS grow and fend off competition from the likes of Oracle, Google, and IBM. But it also helps explain why strategically, AWS may not be much different than Amazon.com, Inc. (NASDAQ:AMZN)’s media and electronics online retail business, which, incidentally, still comprises roughly 95% of Amazon’s total revenue.