Step outside America’s surging stock market, and you’ll find a market that’s erased hundreds of billions of dollars’ worth of investments this year. That’s hard to believe for many, considering just how well the S&P 500 and other major stock indices in the U.S. and even abroad, such as Japan, have performed this year. The S&P’s up nearly 20% year to date, anything but a bad performance.

When we turn our eyes to China, however, a different story emerges. According to Bloomberg, the world’s hottest growth story has left investors empty-handed this year, as the Shanghai Composite has wiped out almost $750 billion in value across the market since its most recent high. Hong Kong’s Hang Seng index hasn’t performed much better, underperforming the S&P and other world leaders drastically during the first half of the year en route to big losses, up until its 7.5% bounce in July ended the plunge.

With China’s growth slowing and its markets in a funk, is the world’s second-largest economy still worth your investment?

To be fair, China’s overall economy still growing at an enviable clip. The country’s double-digit growth of years past is nothing but a memory at this point, but China’s GDP still grew by 7.5% for the second quarter. Comparatively, Japan’s economy, one of the brightest stories this year after new prime minister Shinzo Abe injected a massive dose of stimulus, grew by only an annualized 4.1% in its first quarter of 2013. Few nations are keeping up with China’s growth, even if the country has slowed down.

For investors and companies that had counted on China’s rapid growth of the recent past, however, the country’s slump has come with a sharp jolt. Companies such as steelmaker ArcelorMittal, the world’s largest steel producer by volume, have counted on China’s demand to make up for slumps in the U.S., Europe, and other sluggish regions. In ArcelorMittal’s case, China’s weakening steel demand has slowed the company’s growth, even as the company still projects a 5% uptick in demand from the market. ArcelorMittal and other global giants reliant on China have weathered the storm because of their size and financial strength, but for domestic Chinese companies — and their investors — the ups and downs haven’t been so palatable. 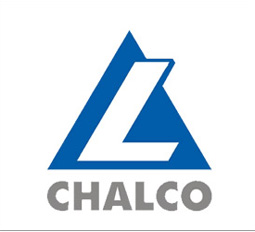 I’ve singled out Chinese aluminum giant Aluminum Corp. of China Limited (ADR) (NYSE:ACH) before, but the company’s representative of just the kind of risks many Chinese companies and investors face. Beijing’s demand for raw materials — part of the government’s global political strategy to secure resources — has mandated increasing supply from Aluminum Corp. of China Limited (ADR) (NYSE:ACH) and other materials companies such as steel giants Hebei Iron and Steel and Wuhan, two of the world’s largest steel producers.

That increase has driven oversupply in their respective markets, and as a result, Aluminum Corp. of China Limited (ADR) (NYSE:ACH)’s stock has plunged into painful depths this year, with far too much supply facing weak demand. Shares of Aluminum Corp. of China Limited (ADR) (NYSE:ACH) are down more than 33% year to date, and while Beijing’s backed off its production requirements for many manufacturers recently, the company probably will struggle as the aluminum market stabilizes.

Wuhan and Hebei similarly have each seen their Shanghai-based stocks fall sharply year to date as they struggle with oversupply  and excess production. China’s slowdown has meant less domestic demand for steel and like goods, and Wuhan, Hebei, and their investors can’t expect a return to previous growth levels with China’s economic outlook hovering around the 7% annual growth mark.

Exelon Corporation (EXC): Can You Still Trust This Dividend Stock?