There are four ways to reduce emissions from a coal-fired electric plant, according to the U.S. Energy Information Administration (EIA). The options are a mixed bag for coal producers, but clearly show that there is a place for coal in this country over the long term.

According to the EIA, the ways to reduce emissions from a coal fired electric plant are to close it, use it less often, modify it to burn “cleaner” coal, or install emissions control equipment, called scrubbers. The first two options lead to less coal use; the later two keep plants up and running.

It’s important to note that all coal isn’t the same. Coal is graded by its energy/carbon and moisture content. The more carbon and the less moisture, the cleaner it burns and the more power it can generate. Lignite and sub-bituminous coals are dirtier and don’t provide as much energy. Bituminous coals are cleaner and provide more energy. The highest grades of coal are used for steel making and power generation, but lower-quality coals are generally only used to create energy.

The combination of options outlined by the EIA can be pretty powerful. In 2007, Maryland enacted new emissions requirements. At that time, the state ranked 49th in the nation in sulfur dioxide emissions. Five years later the state had improved to 22nd. One plant was closed, two got upgraded to cleaner coal, and four installed scrubbers.

Installing a single scrubber at two of the plants cost around $400 million each. The lone closure generated a meager 115 megawatts of electricity and was shuttered because the cost of upgrading it couldn’t be justified.

The Impact on Coal

The take away from the EIA’s example is that while coal is dirty it can be cleaned up. With natural gas prices starting to rise, coal will increasingly become a more competitive option for utilities. This isn’t an issue to take lightly. In April every region of the country saw an increase in the amount of electricity generated from coal and a decrease in natural gas generated power on a year-over-year basis.

Ways to Get in

One of the top performing coal companies today is Alliance Resource Partners, L.P. (NASDAQ:ARLP). It gets 95% of its goal from two low cost regions, Northern Appalachia and the Illinois Basin. The company estimates that it can compete with natural gas priced as low as $3. The EIA reports that gas prices increased over 9% between March and April, hitting $4.30.

Clearly, Alliance Resource Partners, L.P. (NASDAQ:ARLP) is in good position to benefit over the near term. However, Alliance posted record top- and bottom-line results last year despite natural gas falling to historic lows in the $2 range. Continued investment in its mining operation led to another output increase and top line advance. This year should see another record.

The limited partnership yields around 6.3% and has a long history of regular distribution increases. Income investors looking to invest in an out-of-favor industry should look at the industry-leading performance of Alliance Resource Partners, L.P. (NASDAQ:ARLP) before considering any other option.

While Alliance Resource Partners, L.P. (NASDAQ:ARLP) gets virtually all of its coal from just two coal regions, Rhino Resource Partners, L.P. (NYSE:RNO) has purposely branched out into other areas. Mining both “clean” coal and “dirty” coal, gives it the ability to sell product to more utility customers. For example, two of the Maryland plants switched to cleaner coal and four installed scrubbers to keep burning dirtier coal.

Rhino Resource Partners, L.P. (NYSE:RNO) has also been diversifying into natural gas, too. That positions the company to benefit from the increased use of this fuel as it competes with coal for utility market share. The development of a liquified natural gas export market is a long-term opportunity, as well.

That said, Rhino Resource Partners, L.P. (NYSE:RNO) is far from a risk-free investment. The shares yield around 13.3% and the partnership cut its quarterly distribution from $0.48 to $0.445 in the second quarter of 2012. The general partner also chose to eliminate its distributions. While these would normally be negative signs, Rhino is continuing to invest in its business and management hopes to start increasing the distribution again when an Illinois Basin coal investment comes on line in mid 2014.

The company generates around 30% of its top line from sources other than coal royalties. That includes natural gas, limestone, frac sand, and silica, among others. It has notable growth opportunities within these areas through a partnership with International Paper. Management is calling for the non-coal business to grow around 10% in 2013, helping to offset a portion of the around 15% revenue decline expected in coal. 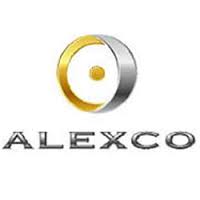