Industrial stocks have been beaten down over the last few weeks, but the tide is starting to turn. China released positive economic data that will help curb the uncertainty of this market, and Alcoa Inc (NYSE:AA) gave us its projected growth by sector. It is time to take a look at the companies that will benefit the most from China’s strengthening economy.

China posted a trade deficit for March, surprising analysts. Imports rose 14% year over year, blowing past expectations for an increase of 5%, while exports rose just 10%. The rise in imports was caused by increased demand for commodities, most notably copper and oil. Copper and oil are crucial for the construction, power generation, and heavy machinery manufacturing industries to name a few. With all of this said, it seems China is getting ready to make some moves. 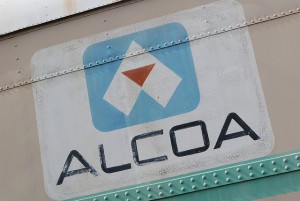 On April 8, Alcoa Inc (NYSE:AA) reported quarterly earnings, and CEO Klaus Kleinfeld noted the growth in China. He stated that sales were increasing from the high demand of vehicles and the increased use of aluminum cans. Ford Motor Company (NYSE:F) had mentioned the same thing about vehicle sales, because trucks are the hot items in China.

What does this mean?
For China’s consumption of aluminum, copper, oil, and other commodities to increase across the board in 2013, the demand for mining and construction equipment will increase as well. China will not be looking to import all of their needs, so we want to focus on the companies with a large presence in the homeland. Companies in the United States will try to get as much of the export action as possible, but I want to focus on companies within China’s borders.

It was getting ugly for Caterpillar Inc. (NYSE:CAT) when the global economic outlook was in question. We watched its stock fall over 15% from $99 on Feb. 1 to $84 on April 3. However, the positive outlook in China has caused it to rebound above $86 and it has plenty of room left to run.

China made up 27.3% of Caterpillar’s fourth-quarter revenue and contains over 30% of its global dealers. This has become its top strength after the economic release and it is the number one beneficiary to the increased mining and construction that will take place. Caterpillar had a record year in 2012 and I think 2013 has the potential to be even more impressive.

The financials back up my buy rating of Caterpillar Inc. (NYSE:CAT). It was able to report record numbers in 2012 even with China lagging behind. Now with China on the rise and the United States still in growth-mode, Caterpillar should continue its record-setting pace.
Caterpillar has incredible upside potential and it also offers a solid 2.4% dividend. The streak of 19 consecutive dividend increases should continue in 2013 as management has been clear in its dedication to increasing shareholder value. The dividend provides insurance to the downside, making it the best and safest way to play the industrials.

A direct play on the increase in mining would be Joy Global (NYSE:JOY). Joy is a worldwide provider of mining equipment and services, and China is one of its largest markets. The top commodities mined by its equipment are coal, iron ore, and copper, all of which will be in high demand in China.