Black Bear Value Partners recently released its Q1 2019 Investor Letter which, if you are interested, you can track down here. In the letter, the fund reported 0.1% return for the first three months of 2019, and also shared its comments on several stocks such as Alaska Air Group, Inc. (NYSE:ALK), for which it said the following:

We have discussed Alaska in previous letters. Our recent piece from Value Investor Insight and letters can be found on our website: www.blackbearfund.com

Alaska is broadly comprised of 2 businesses: a transportation/seat-distribution business which has cyclicality and a sticky cash flowing credit-card business with limited cyclicality. Large amounts of cash are generated by the airlines selling miles to banks irrespective of airline capacity or ticket prices.

Recently, Delta and American Express extended their credit-card deal at terms that were very favorable to the airline. This theme will likely repeat with other airlines and eventually the increased and sticky-flow will become more apparent to the investor community. 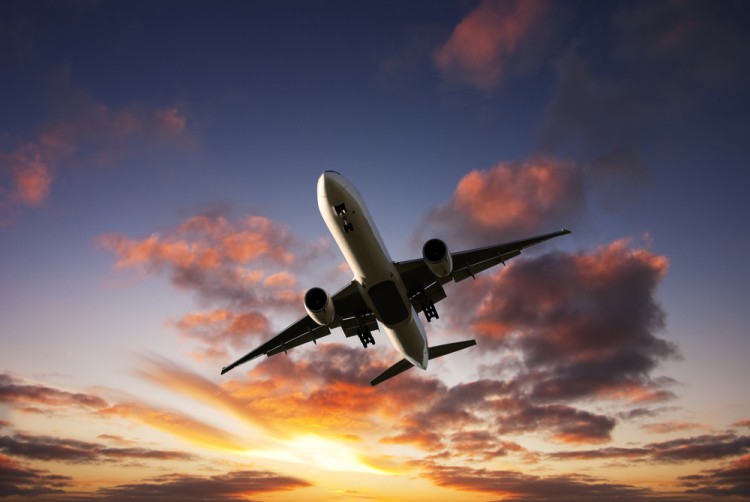 Alaska Air group is a SeaTac, Washington-based ariline holding company; the owner of Horizon Air, and Alaska Airlines. Over the past 12 months, the company’s stock lost 6.59%, and on April 19th, it had a closing price of $61.67. Its market cap is $7.62 billion, and the stock is trading at a P/E ratio of 17.52.

At Q4’s end, a total of 32 of the hedge funds tracked by Insider Monkey were long this stock, a change of 60% from the previous quarter. Below, you can check out the change in hedge fund sentiment towards ALK over the last 14 quarters. With hedge funds’ capital changing hands, there exists a few key hedge fund managers who were boosting their stakes substantially (or already accumulated large positions).

The largest stake in Alaska Air Group, Inc. (NYSE:ALK) was held by PAR Capital Management, which reported holding $122.3 million worth of stock at the end of September. It was followed by Diamond Hill Capital with a $102.1 million position. Other investors bullish on the company included Citadel Investment Group, D E Shaw, and Point72 Asset Management. 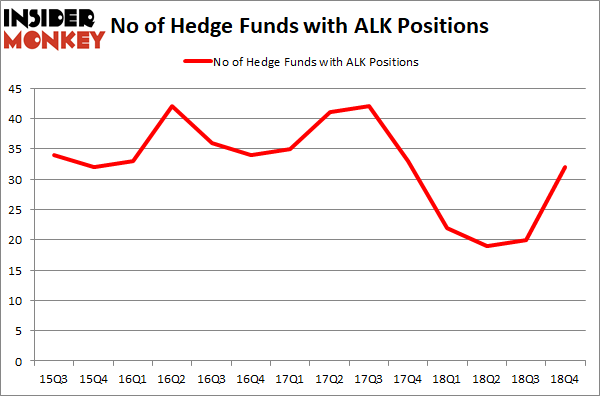