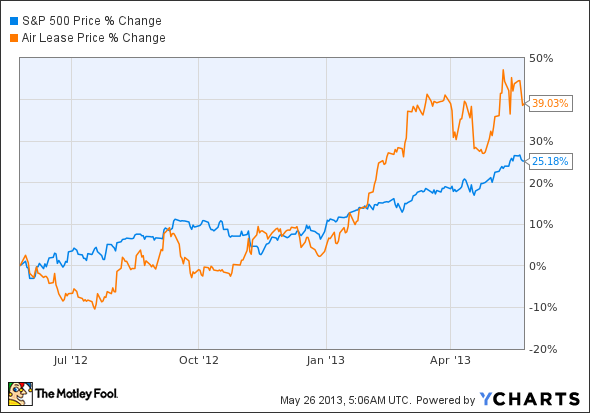 This air lessor is one of my favorite long-term investments. Revenue and net income grew 45% and 48%, respectively, in the first quarter compared with 2012. That allowed the company to pay its first dividend ever in March, but at a yield of just 0.4%, there’s plenty to look forward to. More established air leasing companies Aircastle Limited (NYSE:AYR) and Fly Leasing Ltd(ADR) (NYSE:FLY) each pay a dividend that exceeds 4%. However, they don’t match the growth of Air Lease Corp (NYSE:AL), which is expecting to add 143 aircraft to its stable by 2017 and an additional 180 after that. Does a call get any easier than this? 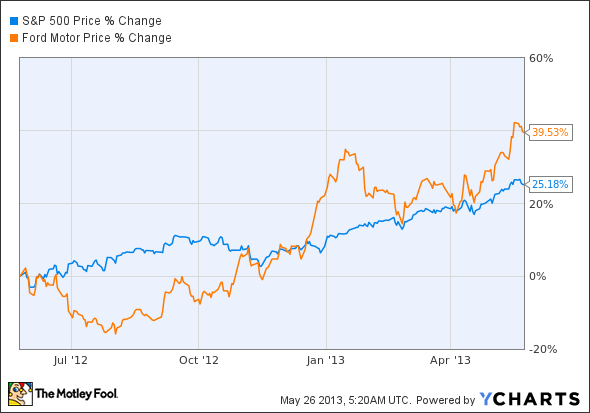 The Blue Oval has returned 68% since the end of last July — even with continuing dark clouds in Europe. This former dividend king has paid seven dividends since 2012 and looks to get back on track with improving financials and a built-for-the-future vehicle lineup. Ford Motor Company (NYSE:F) is paying down its debt, increasing sales and income, and investing heavily in growth in Asian markets — all harbingers of future success. As auto-master Fool John Rosevear has been telling investors for months, Ford is set for big gains in the next few years. So is the dividend. 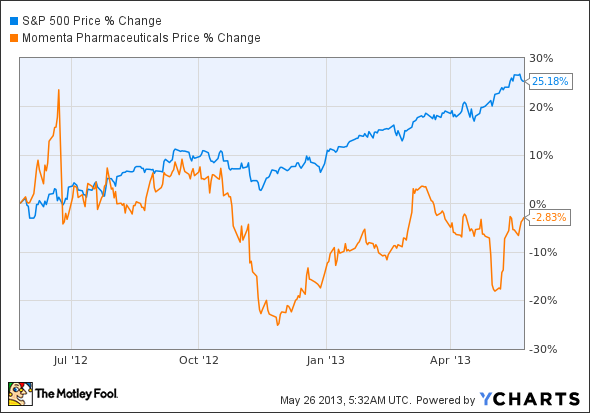 This is a riskier pick that could pay off in a huge way for investors. The company has developed a disruptive platform for modeling complex compounds, which could significantly reduce R&D costs throughout the industry. It wouldn’t be on the list if it hadn’t already proved its potential. After gaining approval in 2010 for its first product, a generic version of Lovenox for treatment of pulmonary embolism from Sanofi SA (ADR) (NYSE:SNY), revenue topped $283 million in 2011. That’s pretty spectacular for a generic drug, but even more astounding is that profits for the year totaled $180 million — a margin of 64%. While sales tumbled when competition emerged, Momenta Pharmaceuticals, Inc. (NASDAQ:MNTA) is pursuing a healthy pipeline of drugs including up to six biosimilars, or generic biologics, over the next few years. Margins at just half of its watermark set in 2011 would easily enable a market-beating dividend. 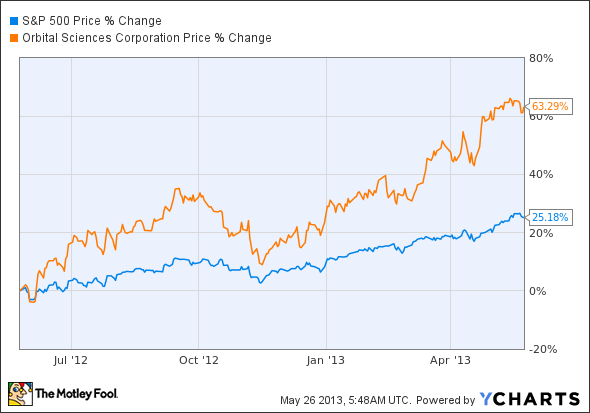 Time to get some dividends in space. Orbital Sciences Corp (NYSE:ORB) may be best known for competing with SpaceX for private contracts from NASA to resupply the International Space Station, but it has two other business segments contributing to the top and bottom lines. The company builds satellites for various uses and launch vehicles that carry them (and missile defense interceptors) into orbit. Revenue and operating profit have grown 28% and 109%, respectively, since 2009. If the company can continue to grow its way to higher margins, the multibillion-dollar opportunity for resupply missions and eventual human transport could be a driving force for a dividend — even if it is capital-intensive.