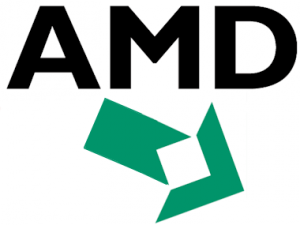 The news and numbers reveal that personal computer sales are declining. IDC, a market research firm, reported that in the first quarter of 2013, PC sales have plunged about 13.9% compared to same period last year.

The decline in PC sales seems to have a major effect on the semiconductor manufacturing industry. Advanced Micro Devices, Inc. (NYSE:AMD), which has lost almost 70% of its value in the last year, published its quarterly results in recent days leaving bears believing that the company is doomed.

Intel Corporation (NASDAQ:INTC)’s results also did not give analysts any reason to be happy. In short, the semiconductor industry as a whole looks a bit troubled, but I still believe there are reasons for investors to wait before shorting their investments.

The PC market is an important business for Advanced Micro Devices, Inc. (NYSE:AMD). The company expects to ship more than 300 million PCs annually. Windows 8 has not yet been able to deliver but still remains a possible catalyst for escalating customer interest for touch-based devices. Microsoft Corporation (NASDAQ:MSFT) is taking customer feedback to develop a more consumer friendly and innovative Windows 8’s successor, which should help in boosting PC sales in the second half of 2013.

Advanced Micro Devices, Inc. (NYSE:AMD) started the distribution of its Kabini processor in the first quarter. The Kabini processor is better than the previous AMD APUs in terms of performance and battery life. These processors are under the A-series and E-series of processors, and integrate up to 4 Jaguar x86 cores, a DDR3 memory controller, and HD graphics. AMD is also commencing production of Temash, a line of chips for the tablet and hybrid market.

The company’s strategy under the Never Settle Reloaded campaign to bunch Advanced Micro Devices, Inc. (NYSE:AMD) graphics cards to admired game titles has started delivering results. Proceeds from this segment surged 3% to $337 million in the first quarter. Further, AMD seeks to diversify and center sales on embedded and semi-custom processors and graphics processors in the future.

AMD’s improved hold on consoles is nice, and the company is captivating more market share by giving customers free games. The question that still hovers is; how good is it keeping the company’s long-term view?

NVIDIA Corporation (NASDAQ:NVDA) competes with AMD in the graphics space, and is the world’s-largest producer of distinct graphics-processing units. The company’s new GTX Titan products have been well received in the GPU market, especially in terms of designing and gaming.

It has its own virtual game store called “Tegrazone” for Android games. Further, it is coming with a new standalone handheld gaming console called “Project Shield” with an Android OS to be released in the second quarter of 2013. These devices will further strengthen NVIDIA’s position in the gaming market.

NVIDIA’s strong portfolio of patents more or less stabilizes its stream of revenue and positions itself as a leader in the visual computing technology. The company is introducing a new product line labeled, the “GRID.” The technology will pilot the virtualization of graphic processing and would lead to separation of the GPU’s from the workstation. The company believes GRID to be a $10 billion opportunity.

While AMD and Intel Corporation (NASDAQ:INTC) are trying their luck in the smartphone and tablet markets, NVIDIA already has a solid footing. The company’s Tegra chips were launched in 2009, and since then NVIDIA has come up with other important technologies. NVIDIA also manufactures its Tegra processors for cars, apart from smartphones and tablets. Management projects that the company’s automotive sector will generate $450 million in revenue by 2016.