The decline in PC sales has severely impacted OEMs (Original Equipment Manufacturers) and PC semiconductor companies. Mobile devices are quickly taking over the PC market, but that doesn’t mean the PC will die any time soon. This only means that sales of new PC devices will lag behind tablet/handheld sales, and companies relying totally on PC will see negative growth. In the stock market, where valuations are tied to growth, this is as good as dead. 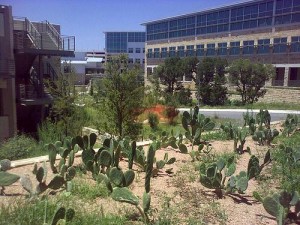 The PC semiconductor companies have suffered a lot due to this decline and adverse outlook for PCs. Once a semiconductor giant, Advanced Micro Devices, Inc. (NYSE:AMD) has lost almost 70% of its value in the last year and investors have a bad perception of the company going forward. I believe, at these levels, AMD has already hit the bottom, especially if we take into account the strong position of the company in the gaming console industry.

The entire PC industry was relying on the latest operating system by Microsoft Corporation (NASDAQ:MSFT), the Windows 8. This was the first touch-based operating system from the tech giant and was meant to reduce the migration to tablet devices. Sales data from most OEMs suggests that Windows 8 has failed to get the traction which was expected of it. Microsoft Corporation (NASDAQ:MSFT) was hoping that Windows 8 would be able to increase consumer interest in hybrid devices such as the Surface RT, Surface Pro, and others by its OEM partners.

In this troubled industry, Advanced Micro Devices, Inc. (NYSE:AMD) has suffered the greatest due to falling demand for its PC hardware. Sales have fallen almost 70% in the last year alone, and the stock price has suffered as a result. The stock slid below $2 a few months back, but has somewhat recovered since then. AMD has largely been unable to diversify its revenue from the PC segment, something its competitors have done to somewhat reasonable affect.

The company has taken a number of steps to slow down the rampant deterioration of shareholder wealth. It recently won two major contracts for its semi-customized chip from the two largest players (besides Xbox) in the console industry — Sony and Nintendo.

Nintendo will use Advanced Micro Devices, Inc. (NYSE:AMD)s graphics processor, while Sony’s new PS4 console will carry AMD’s 8-core Jaguar. There is speculation that AMD will include Xbox to its console customer list, which will make it a major player in the console market. The new model of the Xbox might run on the Fusion SoC with eight x86 low-power/low-cost Jaguar cores.

This could be a major development for AMD because upgrades in the console industry are not as frequent as with PCs or smartphones, and a console can run for as long as five years. This would mean a constant stream of revenue for Advanced Micro Devices, Inc. (NYSE:AMD) and better valuations for the investors.

Market leader Intel Corporation (NASDAQ:INTC) has been able to accomplish this much more successfully. The company is focusing on providing low powered processors for smartphones. Intel is specifically targeting the low and medium range smartphone market, as its growth potential is higher as compared to high end products.