The PC industry has suffered due to the shift of computing to handheld devices. The transition has been so swift that some major players have failed to keep up and are now staring straight into the face of oblivion. 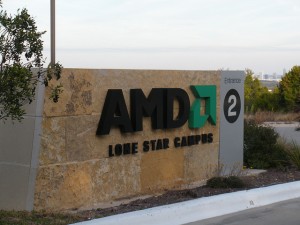 Advanced Micro Devices, Inc. (NYSE:AMD), on the other hand, has been in a free fall. The company has lost almost 70% of its value in a single year and is trying to build a presence in the gaming console industry to stay alive.

The OEMs have suffered an even worse fate with Dell Inc. (NASDAQ:DELL) and Hewlett-Packard Company (NYSE:HPQ) in serious financial and management crises. Dell has always been primarily reliant on its PC segment and has been the worst-hit company. Hewlett-Packard Company (NYSE:HPQ) has a diverse revenue base, but sadly for investors the company has not only seen declining PC revenue but also a slump in the printing segment, as well.

Dell Inc. (NASDAQ:DELL) is looking to go private but the deal is still facing heavy criticism and other rival bids have also been placed. Michael Dell initially tried to take the company private in a joint bid with Silver Lake but rival bids has emerged in the market. Carl Ichan has emerged as another major player in the Dell buyout story and had initially offered a better deal than Michael Dell and Silver Lake partnership. According to recent news Mr, Ichan has agreed to limit his investment and join other partners in a joint bid for the company. On the other hand the buyout specialist Blackstone is also trying to rally investors to make an offer for Dell Inc. (NASDAQ:DELL).

Hewlett-Packard Company (NYSE:HPQ) has also gone through a pretty tough vote with most directors barely getting required vote to keep their seats. In an unexpected move the Chairman Ray Lane has resigned from his position. The chairman had been under heavy criticism from investors for the boards inability to stop the company from making some horrible acquisitions like Autonomy amongst others. The biggest turnaround bet for all PC industry players was Microsoft Corporation (NASDAQ:MSFT)’s Windows 8. The industry was expecting the software giant to play the primary role in turnaround-industry fortunes. However, the PC data shows that the OS has not been able to accomplish all that was promised.

According to most recent data released by IDC ,the situation is becoming worse for the PC. The most recent statistics released by the research firm show that the PC industry has further contracted by 13.9% in the first quarter of 2013 i.e. total shipments for the quarter were 76.3 million shipments . The market was already expecting that there will be a contraction but as big as 13.9%. There was hope that the decline will be limited to around 7.7%.

According to IDC, this was the worst performance of the PC market in the last 19 years. The primary barrier to PC sales has been greater consumer interest in handheld devices. The mini PC devices have suffered the most due to higher interest in tablets and there is pretty weak reception of the Windows 8. The new OS has still not been able to deliver the full consumer experience because the hardware available in the market still doesn’t have the touch capabilities for an optimal Windows 8 experience. According to IDC Program VP:

Bonus Biotech Stock Pick: You can also find a detailed bonus biotech stock pick that we expect to return more than 50% within 12 months.
We may use your email to send marketing emails about our services. Click here to read our privacy policy.
Related Insider Monkey Articles
Microsoft Corporation (MSFT) Investors Need a Boost. Will Earnings Do the Trick...Microsoft Corporation (MSFT): The Tech Giant’s Mobile Challenge and What...