Advanced Micro Devices (NASDAQ:AMD), based out of Sunnyvale, CA, is a company that produces CPUs and graphic cards for PCs. Following June 26’s heavy trading, AMD was down by over 4%, partially due to Micron Technology, Inc. (NASDAQ:MU) missing analysts’ estimates in its fiscal third quarter, and providing weak projections for its upcoming fiscal fourth quarter, which suggest the PC business is stagnating. Micron reported earnings of $0.54 per share, compared to its estimate of $0.57, while the company’s revenue also dropped to $3.85 billion for the quarter, from its estimated $3.91 billion. The rub-off on AMD from that earnings report continued for a second straight trading day today, as AMD flopped by another 5% in trading. Of course Micron isn’t solely to blame for AMD’s woes; the reasoning behind the downfall of AMD’s shares is mainly because of the various weaknesses that have become apparent in its operations. AMD’s performance has under-performed to say the least, with net income decreasing by 800.0% from last year. AMD’s return on equity has decreased as well, which demonstrates a major weakness within the company. The company’s high debt-to-equity ratio of 133.41 implies that the company is a high-risk investment as well. Its stock performance has likewise left something to be desired, with AMD’s shares having dropped by 42.73%. On a positive note, AMD’s low quick ratio of 1.30 stands as one of the company’s strong points. And while during the previous fiscal year, AMD reported a loss of $0.53 versus a loss of $0.11 in the year prior, reports this year suggested an improvement would be forthcoming, at a loss of $0.23. However, the weaker than expected PC business appears to have spooked those bullish investors. 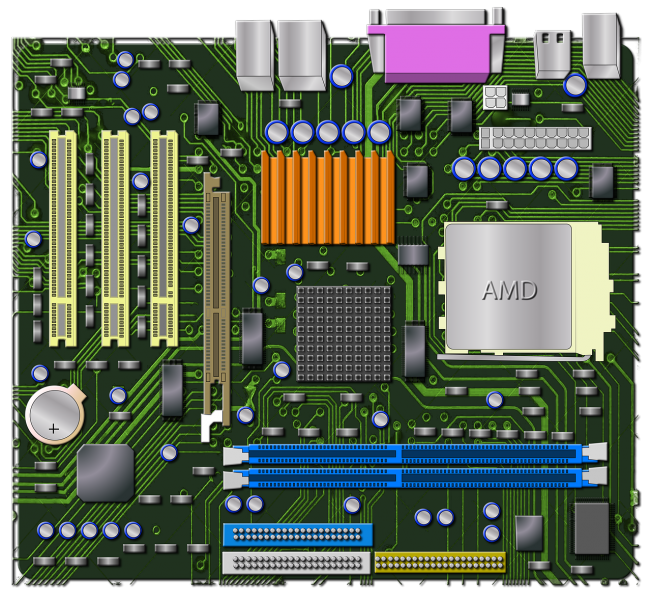 Despite Advanced Micro Device’s recent trends, the top money managers in the world were adopting a slightly more bullish outlook on the company heading into this quarter. At the end of the first quarter, a total of 15 of the hedge funds tracked by Insider Monkey were bullish in this stock, a change of 25% from the fourth quarter. Total invested capital also increased, to $36.33 million from $28.34 million, during a quarter when AMD’s shares were essentially flat, so there was a rather bullish increase in purchased shares along with the new funds positioned in the stock.

At Insider Monkey, we track hedge funds’ moves in order to identify actionable patterns and profit from them. Our research has shown that hedge funds’ large-cap stock picks historically delivered a monthly alpha of six basis points, though these stocks underperformed the S&P 500 Total Return Index by an average of seven basis points per month between 1999 and 2012. On the other hand, the 15 most popular small-cap stocks among hedge funds outperformed the S&P 500 Index by an average of 95 basis points per month (read the details here). Since the official launch of our small-cap strategy in August 2012, it has performed just as predicted, returning over 145% and beating the market by more than 85 percentage points. We believe the data is clear: investors will be better off by focusing on small-cap stocks utilizing hedge fund expertise rather than large-cap stocks.

We also track inside sales and purchases as an indicator of a stock’s potential performance, knowing that positive insider activity often heralds better stock performance. After researching our database, it has been concluded that there has been no reported insider activity in Advanced Micro Devices (NYSE:AMD) thus far in 2015.