For the week ending March 15, 2013, Wall Street Analysts raised their bullishness for a number of technology companies listed on the S&P 500. Value-oriented investors must question the wisdom of target price increases given by analysts. As soon as the optimism reaches the mainstream, the share price could already be too expensive as investors buy. A higher price target forecast could also be a reaction to the stock already moving up, leaving little additional gains for individual investors.

The target price change is illustrated in the table below: 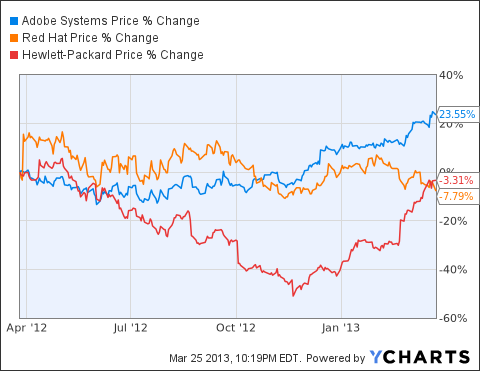 Which companies have additional upside? Most certainly, Micron Technology, Inc. (NASDAQ:MU) could continue to rise after reporting strong quarterly results. Analysts raised their target price by 12%. The chip maker was covered on March 20, when shares were $9.31. 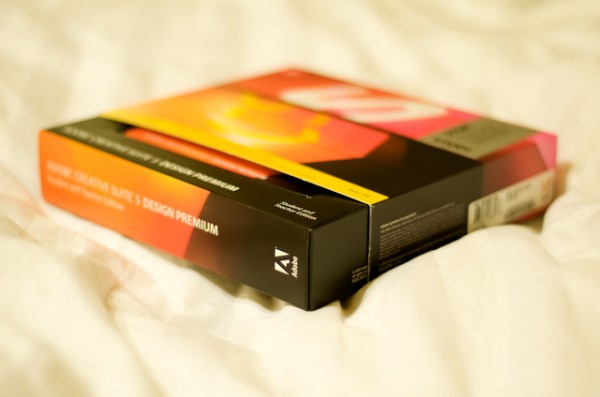 Adobe Systems Incorporated (NASDAQ:ADBE) shares are near a 52-week high, and rallied after reporting quarterly earnings that exceeded estimates. Adobe Systems Incorporated (NASDAQ:ADBE) earned $0.35 per share in its first quarter on revenue of $1.0 billion. Analysts had expected earnings to be $0.31 per share. The Photoshop creative suite maker forecast second quarter earnings will be within consensus estimates, at between $0.29 and $0.35 per share. Revenue is expected to be between $975 million and $1.025 billion.

In its Q1, Adobe Systems Incorporated (NASDAQ:ADBE) generated a recurring revenue increase of $80 million, to $233 million. Recurring now represents 31% of total revenue, up from 26% in the previous quarter.

Red Hat, Inc. (NYSE:RHT) Shares plunged in recent days, and is now below a $56 price reached in February 2013. Despite the drop, analysts raised their target price prior to the decline in shares. Investors are worried that the enterprise software maker will report a disappointing quarter. Red Hat is valued at a lofty forward P/E of 53. Investors and analysts alike are correct in expecting the company to grow in two fields: big data and hybrid clouds.

Red Hat, Inc. (NYSE:RHT)’s Linux OS, along with its virtualization and middleware software are ideal for big data projects.

Caution is warranted. When VMWare reported earnings in late-January, sales of virtualization software were appearing saturated.

Red Hat shares are correcting sharply to the downside, but investors should wait for the sell-off to end before starting a position in the company. Big Data, virtualization, and hybrid clouds may face moderate growth this quarter, but the long-term growth trend is positive. Analysts believe Red Hat offers 29% upside.

The low valuation in HP is helping the recovery story for the giant PC maker. HP is valued at only 6 times the forward P/E. Investors who bought shares in the teens could ignore any near-term profit taking. The recovery time frame for Hewlett-Packard Company (NYSE:HPQ) is several years, not several quarters. This means that as its business takes the required time to turn around, investors may ignore the fluctuation while getting compensated with a dividend a 2.51% in the interim.

The article Adobe Systems Incorporated (ADBE), Hewlett-Packard Company (HPQ): A Tech Stock to Buy and 2 to Watch As Price Targets Upgraded originally appeared on Fool.com and is written by Chris Lau.