Ackman Isn’t Backing Down From His Herbalife Ltd. (HLF) Bet

DA Davidson analyst Tim Ramey suggested that Ackman could be getting cold feet. In an appearance on Bloomberg TV Monday, Ramey noted that the short interest in the stock had dropped from 37 million shares to 31 million shares.

If Ackman does throw in the towel, Herbalife Ltd. (NYSE:HLF) shares could rally significantly. But for now, the stock continues to be a battleground.

Last week, Herbalife Ltd. (NYSE:HLF) shares spiked after the company released the results of a study. According to Nielsen, roughly 8 million US households had purchased Herbalife products sometime in the last three months.

If that’s truly the case, it appears to cast doubt on Pershing Square’s premise. If (as the fund alleges) Herbalife Ltd. (NYSE:HLF) is a pyramid scheme, then its products should be consumed largely inside the pyramid, among its base of “distributors.”

However, if Herbalife Ltd. (NYSE:HLF) is a legitimate company with real demand for its products, then one would expect to find millions of Herbalife consumers among US households — exactly what the Nielsen study suggests.

But Pershing Square finds fault with the Nielsen study. Specifically, the fund notes that it appears to contradict a previous study conducted by Lieberman Research last year. According to the Lieberman study, Herbalife’s demand was far greater.

Given that the company’s revenue has not meaningfully declined, Pershing Square argues that there’s reason to doubt Nielsen’s results.

Moreover, if Herbalife wanted to, it could simply request that its distributors supply it directly with sales data — Herbalife compels its distributors to keep detailed sales records. Pershing Square notes how curious it is that Herbalife has to commission studies to find out its sales penetration; a consumer products company should already be highly interested in this data.

What investors should watch for

At this point, investors playing Herbalife should watch for two developments.

If Ramey is right, and Pershing Square is trimming (or even exiting) its Herbalife short position, it would be a big win for the company’s shareholders. Although Ackman did not go public with his short position until last December, shares of Herbalife have been weighed down since May 2012.

That month, David Einhorn hopped on an earnings call and began asking the company’s management some critical questions. Given Einhorn’s reputation as an aggressive short seller, investors had begun to price in an attack on Herbalife well over six months prior to Ackman unveiling his thesis.

If Ackman is backing out, Herbalife shares could return to levels seen last spring — perhaps near $70. In fact, they could probably break above $70, given that Pershing Square would be in the market buying up 20 million shares and thereby creating significant buying pressure.

Ultimately, Ackman’s trade rests on a full-blown regulatory shut down of Herbalife’s business. If that were to happen, the next step would be for the FTC to begin investigating Herbalife (as Sanchez has asked).

If the FTC finds nothing, it would certainly vindicate the company’s bulls and eviscerate Ackman’s thesis entirely. But in order for Herbalife to hit Ackman’s price target of $0, an FTC investigation is necessary.

Other multi-level marketing stocks should move 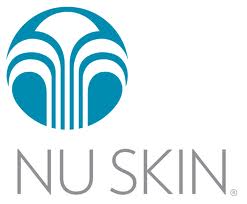