In fact, AAR Corp likes itself so much, it just bought back $135 million worth of its own stock — 4.2 million shares.

That’s the upshot of a May 26 announcement from the airlift and aviation services company, which says it’s just completed a “modified Dutch auction tender offer,” and will now proceed with repurchasing the 4.2 million shares at $31.90 per share. AAR says the tendered shares represent approximately 10.7% of its shares outstanding. The company also says it plans to retire all shares repurchased, leaving it with a fully diluted share count of 34.9 million shares at the beginning of its fiscal Q1 2016. 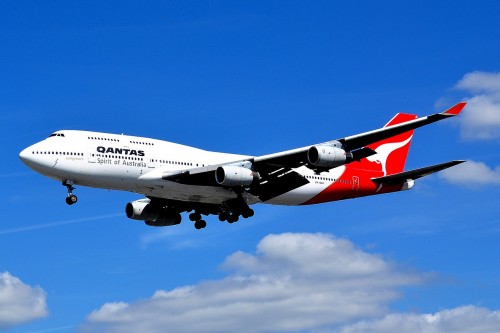 Funding for the buyback comes from cash on hand (AAR Corp had $106.6 million in available cash at last report, per Yahoo! Finance data), proceeds from the sale of AAR’s Telair Cargo Group — which closed in March, generating $725 million in cash , and planned sales of AAR’s Precision Machining division and other assets.

What does it mean to you?
As you can see, AAR Corp’s restructuring efforts are now in full swing, and generating more than enough cash to fund its stock buyback efforts. Additionally, the company says it has “unused capacity… in excess of $500 million,” which it intends to use to reinvest in the parts of its business that it is retaining. Finally, the company will be expending at least some of its newfound cash on paying down debt — of which the company had more than $640 million at last report.

Thus, it’s probably going to take at least a few months, and perhaps as long as a few quarters, for us to see how all of this shakes out for AAR Corp. Before all the restructuring, AAR was an aerospace products and services company generating roughly $2 billion per year, split roughly 77-23 between aviation services and expeditionary services (air transport).

Post-restructuring, AAR will still report its business in two segments, one focusing on aircraft supply chain, maintenance, repair, and overhaul, and the other air transport. The exact size and profitability of these two businesses post-restructuring, however, remains to be seen.

Yum! Brands, Inc. (YUM) and Jack in the Box Inc. (JACK) Among Hedge Funds&#...
Monthly Newsletter Strategy
Download a free copy of our newsletter and see the details inside!
Hedge Fund Resource Center
Related News
Kaman Corporation (KAMN): Are Hedge Funds Right About This Stock? Hedge Funds Are Selling AeroVironment, Inc. (AVAV) Is Smith & Wesson Holding Corporation (SWHC) Going to Burn These Hedge Funds? This Metric Says You Are Smart to Sell AAR Corp. (AIR) Should You Buy TASER International, Inc. (TASR)? This Metric Says You Are Smart to Sell Astronics Corporation (ATRO) Orbital Sciences Corp (ORB): Hedge Funds and Insiders Are Bearish, What Should You Do? 11 Worst Airports in USA 11 Countries That Consume the Most Ice Cream 11 Widest Rivers In The World
Billionaire Hedge Funds