For some time, a company tied to AGCO Corporation (NYSE:AGCO) Board member Mallika Srinivasan has been increasing its stake in the $4.7 billion market cap agricultural equipment manufacturer, something we have noticed in our process of monitoring insider trading. Now a Form 4 filed with the SEC has disclosed that Hans-Bernd Veltmaat, a senior vice president at AGCO Corporation (NYSE:AGCO), had formulated a written trading plan in late February 2013 (shortly after the stock had rebounded from prices close to $49 per share) and directly purchased a little over 3,900 shares at that price on April 16th. We track insider purchases because they tend to be bullish signals, with consensus insider purchases being particularly likely (though not certain) to outperform the market (read our analysis of studies on consensus insider purchases). Veltmaat had most recently bought shares in May 2012 at prices generally below $43. See a history of insider purchases at AGCO.

AGCO Corporation (NYSE:AGCO) grew its revenue by 14% last year compared to 2011. Income before taxes and affiliate earnings grew by 7%, or by 11% if we add back restructuring charges. Earnings were lower for 2012, but this was entirely caused by a higher effective tax rate and in fact it looks like the lower rate for 2011 was an anomaly in any case. However, net income was much lower in the fourth quarter of 2012 versus a year earlier, despite a moderate increase in revenue, and so we would be a bit concerned that early 2013 might be more similar to that quarter than to the year as a whole. 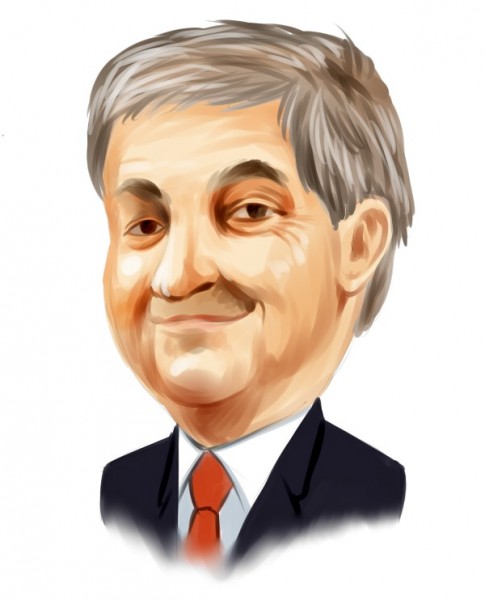 Currently AGCO Corporation (NYSE:AGCO) trades at 9 times trailing earnings, as the market generally assigns low P/Es to agriculture focused companies despite the possibility of it becoming a growth industry due to a larger and richer (and therefore more meat-hungry) world population. The stock’s beta is 2.2, showing that the company is somewhat dependent on macro conditions. Analysts are expecting little earnings growth- the forward earnings multiple is only slightly lower than the trailing figure, at 8- but of course this pricing is low enough that very little if any bottom-line growth is required to make AGCO Corporation (NYSE:AGCO) a value stock. While we did not pick up much hedge fund activity in AGCO during the fourth quarter of 2012, billionaire Jeffrey Vinik’s Vinik Asset Management did more than double the size of its position to a total of about 620,000 shares (see Vinik’s stock picks).

The company’s peers include CNH Global NV (ADR) (NYSE:CNH), Deere & Company (NYSE:DE), Kubota Corp (ADR) (NYSE:KUB), and Joy Global Inc. (NYSE:JOY). For the most part, these stocks are at least close to value territory; CNH and Joy, for example, currently carry trailing P/Es about even with AGCO’s. Those two stocks also have a similar level of exposure to movements in broader market indices, as shown by the fact that their betas are over 2 in each case. Deere, the largest of these companies by market capitalization at $32 billion, is priced at a small premium but still looks like a potential value stock with trailing and forward P/Es of 10 and 9 respectively. In its most recent quarter earnings were up over 20% compared to the same period in the previous fiscal year, with revenue up 10%. Kubota has been reporting double-digit growth rates in both sales and net income, and the stock is up 53% (partly, we’d imagine, on strength in the Japanese stock market). This has placed its valuation at 20 times trailing earnings, which seems a bit high to us compared to the rest of the industry.

The consensus insider purchases at AGCO are intriguing, and value investors may want to take a closer look at the company to try to determine what was affecting it in its last quarter. Of course, the insider optimism could also be taken as bullish on the industry more generally and some of AGCO’s peers also look like value prospects.