As US domestic energy production expands, there are winners and losers in the game.  Below I highlight an established winner, a winner in the making, and a  company that’s on the verge of becoming a complete loser.
Although they operate in different aspects of the US energy industry, they all should be making money for their investors. Alas, that doesn’t always happen.

It would be difficult to argue that Enterprise Products Partners L.P. (NYSE:EPD) represents anything but a winning investment.  Look at the chart and see for yourself. 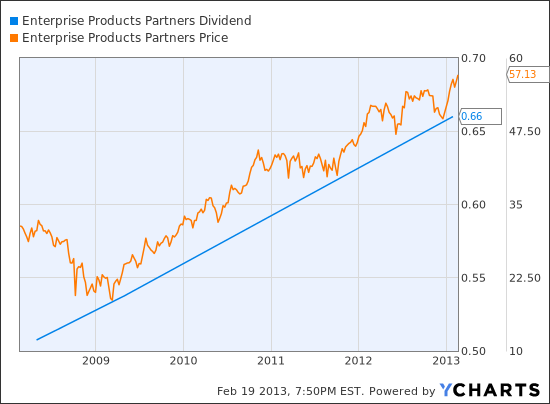 This oil and natural gas pipeline company has rewarded investors with growing dividends since 2004 and capital gains for four years, with no end in sight.

Enterprise Products Partners L.P. (NYSE:EPD) seems to be one of those companies in the right place, at the right time, doing the right things. It’s building out its transportation infrastructure to the tune of $7.7 billion, to accommodate increased domestic energy production.  Many of these expansion projects come in under budget. Among its many assets, Enterprise even has barges for oil transport, and it recently signed a multiyear deal with an ExxonMobil subsidiary to use barges and tugboats for transporting Exxon’s various products.

Right now, Enterprise Products Partners L.P. (NYSE:EPD) pays roughly a 4.3% yield while selling at almost 21 times earnings — and no wonder!  According to The Motley Fool, Enterprise sports a return on equity of 19.5%, a five-year earnings growth rate of 17.1% and a five year dividend growth rate of 5.39%.  As American energy production grows, Enterprise Products Partners L.P. (NYSE:EPD) looks well positioned to capitalize on that growth.

Off to a great start

Launched in May, 2012, Phillips 66 (NYSE:PSX) stock has gained over 80%, which makes for an impressive chart. It’s easy to think of Phillips 66 as simply an oil refining company.  To be sure, they do that, and do that well. Beyond refining,  Phillips is a midstream oil and gas company and a chemical producer. 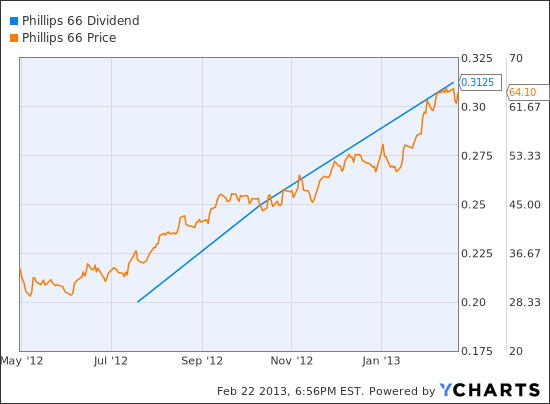 The company makes no bones about it: All domestic segments of Phillips 66 (NYSE:PSX) currently focus on exploiting US domestic energy production.  Phillips hopes to eliminate expensive foreign oil in favor of cheaper US oil, and it’s actively pursuing transportation infrastructure or partnerships to achieve this goal.  According to the company’s presentation to Credit Suisse, every dollar of savings on a barrel of oil translates into $450 million in net income.

Given the price difference between WTI and Brent crude of about $21 per barrel, this is prudent strategy. Despite the stock’s run-up, abundant free cash flow and a ROE of 18.8%, Phillips 66 (NYSE:PSX) still sells at less than 10 times earnings and a five year PEG of 0.78.  The company has increased its dividend and has plans for a share buyback.

HollyFrontier Corp (HFC): This Lucky Refiner Could Make You Rich

Why SandRidge Energy Inc. (SD) Is Not a Dud