Although the geographical size of China is perhaps not that difficult for North Americans to appreciate, their population is another matter. As China has become the second-largest economy in the world, it is without question transformed into an enormous force in the world’s commodity markets; so much so, in fact, that the recent commodity supercycle is now generally seen as a byproduct of China’s emergence [for more commodity news and analysis subscribe to our free newsletter].

China’s mining industry is quite large, but in many respects quite out of date. It is difficult to find specific numbers regarding mining’s contribution to China’s economy, but direct mining activities are likely not much more than 5% of China’s GDP, and the industry employs about 4% of the country’s workers. Presuming that China’s mining sector operates along similar lines to South Africa and Australia, it does not seem unreasonable to suggest that mining-related industries (including refining, smelting, and so on) are another 5 – 10% of GDP. Approximately one-quarter of China’s trade is in minerals, ores and the like.

China is exceptionally rich in natural resources, but the country has been exploiting them at an unsustainable rate. Nevertheless, the Asian nation is a leading producer of a whole host of minerals and metals, including aluminum, antimony, barite, cement, coal, gold, iron, lead, molybdenum, rare earths, salt, tin and zinc. Due to the enormous appetite for raw materials, though, China is in the rare position of in many cases being the world’s leading producer of a commodity as well as the world’s leading importer.

China is the world’s leading producer of iron ore and gold. Its recent production of 1.2 billion metric tons of iron ore accounted for a whopping 43% of the world’s production (150% more than Australia), while it holds 9% of the world’s iron reserves. Nevertheless, it is the largest iron ore importer as well, taking 52% of world exports [see also Investing In Gold: The Definitive Guide].

Other commodities like copper and potash follow similar trends. China is the #4 copper producer and the #5 potash producer, but also a major importer on the global stage.

With gold, China is the #1 producer, with 13% of the world’s production against a bit less than 4% of global reserves. The country is likewise a major producer of silver and platinum group metals (PGMs), and the world’s leading exporter of rare earth metals.

When it comes to trade, China is the leading exporter in the world of antimony, barite, rare earths and not much more (though it is a major player in steel and aluminum). In contrast, despite large amounts of annual mine production, chinese demand exceeds supply in minerals like chromium, cobalt, copper, iron, nickel, PGMs and potash.

With its enormous population and economy, it is of little surprise that China is an equally enormous consumer of energy. As its economy has grown, the country has found itself increasingly in the position of being a large net importer for much of its energy needs.

Last but not least is coal. It is difficult to exaggerate the importance of coal in China. At over 3.2 billion short tons, China is not only the largest consumer of coal in the world, but it also consumes half of the coal supply globally. The nation is the leading producer of coal (about 3.2 billion tons) and while the gap between production and consumption isn’t that large (114 million tons, or less than 4% of consumption), it’s enough to make China the second-largest coal importer in the world (Japan is #1 with 181 million tons). China has the third-largest coal reserves in the world (about 13% of the global total at 128 billion tons), but the quality of those reserves is up for debate.

While China’s immense appetite for minerals ores (like copper and iron) and energy (crude oil and coal) absolutely drives global markets and is a worthy topic of discussion, so too is its agricultural sector. Agriculture is a large part of the economy (over 10% of GDP), not only from the value of products grown, imported and exported, but also in the number of people it employs and the extent to which it drives the economy away from the industrialized areas.

China is the world’s largest producer of rice (38% more than India), but readers may be more surprised to learn that it’s the largest wheat producer (42% more than #2 India) and the largest producer of fresh vegetables (almost 5x larger than #2 India). They are also the world’s second-largest corn-grower (reaching about 55% of the United States’s production, but producing 3x as much as #3 Brazil) and the fourth-largest soybean producer (albeit tiny compared to the United States, Brazil and Argentina) [see also Invest Like Jim Rogers With These Three Agriculture Stocks].

In terms of trade, China is both the world’s largest agricultural exporter (in terms of total value) and the world’s second-largest importer (behind the United States). On balance, it is a net importer of agricultural commodities. China imports a large amount of soybeans, palm oil, cassava, corn and rapeseed, while it is a leading exporter of garlic, apples, other fruit, dried beans and vegetables (fresh and preserved).

This nation’s huge influence on commodity markets moves a large number of stocks and funds, and investors have numerous options for playing these opportunities.

In energy, for instance, investors can buy the stocks of producers like PetroChina Company Limited (NYSE:PTR) and CNOOC Limited (NYSE:CEO). On the minerals side, there are large coal producers like China Shenhua (CSAUY) and CHINA COAL ENGY CO (PINK:CCOZY) and aluminum smelters like Aluminum Corp. of China Limited (NYSE:ACH). It is expected that Baosteel, the world’s second-largest steel producer, will at some point pursue a listing in Hong Kong and perhaps an ADR for the United States as well. China is also a major factor for non-Chinese companies like Vale SA (NYSE:VALE), Freeport-McMoRan Copper & Gold Inc. (NYSE:FCX) and Rio Tinto plc (NYSE:RIO).

There are also a host of agriculture companies, including names like ZHONGPIN INC. (NASDAQ:HOGS) and CHINA MENGNIU (PINK:CIADY). Machinery companies like Sany that are heavily leveraged to the mining sector, and American companies like Caterpillar Inc. (NYSE:CAT), Deere & Company (NYSE:DE) are expecting Chinese demand to be an increasingly significant driver of future results.

The China ETF space is packed full of funds that invest in virtually every major sector the nation has to offer. Some of the most popular tickers include the Claymore AlphaShares China All Cap (NYSEARCA:YAO), the SPDR S&P China (NYSEARCA:GXC), and the iShares FTSE/Xinhua China 25 Index (NYSEARCA:FXI).

Considering how China is over-producing so many minerals and ores (that is, producing at a level that the reserves cannot support for very many more years), it seems hard to imagine that they will not continue to essentially set the global price for exports of copper, coal, iron ore, bauxite, and so on. Along those lines, producers like Rio Tinto, Peabody Energy Corporation (NYSE:BTU) and Vale have made long-term plans predicated on ongoing (if not increasing) Chinese demand. Likewise, China will very likely see its agricultural imports increasing, particularly in higher-value foodstuffs like animal protein and seafood [see also The Ten Commandments of Commodity Investing].

But what if China’s growth spurt is at an end? Some have suggested that China’s hyper-growth phase is over and that commodity producers have been successful in bringing additional capacity online to absorb China’s incremental demand. Although the argument that the nation may have overbuilt some of its Eastern cities isn’t unsupported, there’s a huge portion of China that still has relatively primitive and/or inadequate infrastructure. That argues for many years to come of major commodity production, consumption, and importation for China and the countries that serve that commodity food chain.

This article was originally written by Stephen D. Simpson, and posted on CommodityHQ. 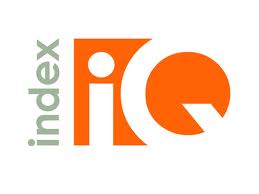 DBA vs RJA: What Would Jim Rogers Do?