Often lumped into the defensive stock category, Nestlé (FRA: NESM) just announced an acquisition in a growth industry. It agreed to acquire Pfizer’s (NYSE: PFE) Nutrition business for $11.9 billion. This divestment by PFE is one component of its restructuring strategies. With Nutrition business sale well on its way, PFE’s remaining asset of notable size that is up for sale is PFE’s Animal Health business, worth potentially ~$16 billion (read more on Why Hedge Funds Love PFE). The $11.9 billion price tag implies a 2012 EBITDA multiple of ~19.8x and from a valuation standpoint, is consistent with NESM’s prior acquisitions in the space, Gerber and Novartis Nutrition, where NESM paid ~15.7x and ~17.6x EBITDA, respectively. Estimated synergies of 7% 2012 sales ($2.4 billion) are higher than those actually realized in the Gerber and Novartis Nutrition deals, which amounted to approximately 5% of sales, but given NESM’s leadership in the infant formula space, we think those synergies are reachable. Both NESM management and analysts anticipate the deal to be accretive in the first year. 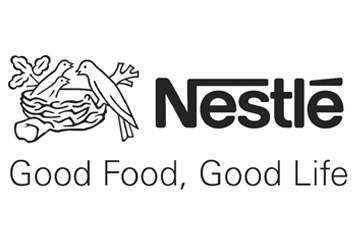 Pfizer Nutrition makes ~85% of its revenues in the emerging markets and ranks fifth in the very attractive Chinese infant formula market behind Mead Johnson (NYSE:MJN) and Danone (PINK: DANOY). We view this as a key strategic decision for NESM, which is number one in infant formula on an overall worldwide basis but has lagged in the Chinese market. MJN has the best asset in the infant formula industry and many analysts agree that the $11.9 billion acquisition price for Pfizer Nutrition serves as a valuation floor for MJN’s business, which dominates a region that favors foreign producers after the 2008 melamine milk scandal in China. Danone has been outperforming NESM in the Water and Nutrition categories. Danone’s nutrition business grew 11% in FY2011 compared to NESM’s 7%. With the addition of Pfizer Nutrition, we think NSEM could move to the number three position in the Chinese infant formula market and compete more effectively with Danone. The business has a desirable exposure in emerging markets, decent margins, and robust growth prospects, seemingly making this a no brainer transaction. However, we think the high multiple may already be paying for a significant portion of that growth upfront.

We are focused on emerging markets as a core part of NESM’s story moving forward as are fund managers Thomas Russo and Ken Fisher. The macro environment has seen some weakness, but consumer spending growth in the emerging markets remains strong. NESM reported growth in this region of 13% in Q1, in line with FY2011 and last quarter. Needless to say, emerging markets performance has been stellar, and we believe will continue to do well this year, which is very positive for a company that generates ~41% of its sales in emerging markets. For additional color to emerging market dynamics, we are following competitor, Unilever (NYSE: UL), which generates more than half of its sales (~54%) from emerging markets. We will be scrutinizing pricing/volume trends and margin profile. UL is scheduled to report earnings on Thursday.

A couple points on last Friday’s Q1 results: NESM beat consensus estimates on a number of metrics including organic growth of 7.2% reported vs. 6.6% consensus, but its share price stayed relatively flat for the day. We suspect the market is just as concerned as we are about the simultaneous decline in price and real internal growth (RIG)/volume. This dynamic occurred in late 2008, early 2009, and Q1, weakening organic growth. NESM’s RIG and pricing declined q-o-q and if this becomes a trend into Q2, we would not expect the market to reflect this positively. UL results will help us determine if and how this trend is being experienced and being managed by competitors.

Naturally, there are risks to every deal, and this is no exception. Any downturn in consumer spending in developing or developed markets and/or a rise in commodity prices would hurt the combined business’ margins and profitability. To mitigate these risks, we would like to see a recovery in FCF. For the FY 2012 outlook, management indicated a sharp rebound in FCF levels, but results remain to be seen. We remain concerned about the pricing and RIG/volume decline, particularly in an environment where we do not see much margin expansion. However, we view the acquisition of Pfizer Nutrition as a smart one, though close to full valuation and believe it will continue to drive the company’s growth in emerging markets. We see any dips in share price as an opportunity to begin establishing a position at more attractive valuation levels.