As the gig economy grows and millions of professionals transition from salaried positions into freelance positions, a max exodus to remote work has occurred. And for the millions of freelancers who can’t/don’t want to work from home, there’s another option: coworking.

You’ve heard the term. You might even know where one is located nearby. But what exactly is coworking – and why has it exploded over the past four years.

In the simplest terms, coworking is about sharing an office environment and resources. But at the end of the day, it’s much more than this. 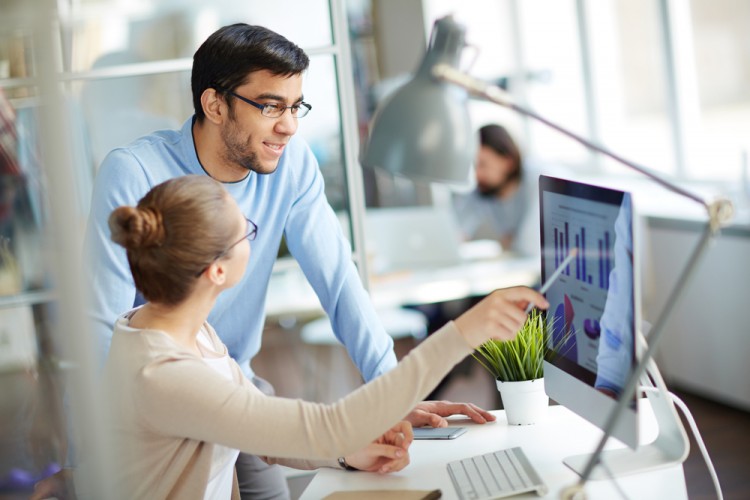 “Coworking is not just about the sharing of infrastructure and cost, it is about belonging to a community, accessibility and sustainability,” Coworker.com explains. “Coworking is the new way of working and sharing. Coworking spaces are designed to provide a productive and collaborative environment for their dynamic inhabitants, and created without corporate constraints on what is perceived to be an ‘office’ environment offering flexible memberships to suit most needs.”

6 Reasons Coworking is the Ideal Setup for Freelancers

In a post-COVID world, it’s likely that these numbers will grow at an even faster rate than originally anticipated. But regardless of the math, one thing is clear: Coworking is the present and the future. As a freelancer, making this shift sooner rather than later will yield an array of benefits. These include:

The cost savings of coworking spaces is clear. When compared to a normal standalone office, which could cost thousands of dollars per month, many coworking memberships can be purchased for just a few hundred dollars. This equals major savings (without any sacrifice).

While there are some standalone coworking spaces, many offer spaces in different cities around the country. This makes them ideal for those who like to travel. Check out Novel Office locations, for example. You’ll find locations in New York, Virginia, South Carolina, Florida, Texas, California, Washington, and a handful of other states.

Coworking spaces are designed with sharing in mind. The premise is that by pooling member resources together, everyone is able to share certain amenities at a much lower price point. Depending on the coworking space, this may include printers and copiers, coffee and snacks, meeting rooms, secretaries, and even software subscriptions.

Research shows that people who spend time in coworking spaces show increases in productivity and output. This is likely tied to the change in environment and the motivation that stems from getting out of the house and heading into a real workplace environment. It also speaks to a lack of distractions that are typically present at home (like chores, pets, kids, etc.).

When you work from home, it’s hard to do meaningful networking. Sure, you can use platforms like LinkedIn, but these pale in comparison to face-to-face interaction. In a coworking space, you’re able to rub shoulders with talented people from different fields and backgrounds. Over time, this strengthens your network and gives you a wider and deeper pool of people to work with.

In addition to the pure networking aspects of coworking setups, there’s something to be said for the socialization that occurs within these tight-knit communities. Whereas freelancers have typically had to work from the isolation of their own homes, coworking lets you interact with other people (even if you work solo).

According to one survey of freelancers in coworking setups, 84 percent of people believe it reduces loneliness. Furthermore, 53 percent say coworking lowers the amount of stress they experience on a regular basis. Ultimately, this indicates that coworking spaces are healthier than the alternative.

Give Coworking a Shot

Coworking isn’t the perfect setup for everyone. But as a freelancer, it’s something that will benefit you in more ways than one. Consider finding a nearby coworking space and giving it a shot. After a couple of weeks, you’ll understand what all of the fuss is about!