Although it’s still several years away, there is opportunity for investors to participate in the trend of automated driving. Like the internet did for media companies, automated driving could cause a lot of change for established players. Given the size of the potential market, automated driving could be a gold mine for some companies especially in Silicon Valley and a pitfall for others in Detroit. In this article let’s analyze how Apple Inc. (NASDAQ: AAPL), NVIDIA Corporation (NASDAQ: NVDA), General Motors Company (NYSE:GM), Alphabet Inc. (NASDAQ:GOOG), and Tesla Inc (NASDAQ:TSLA) all have exposure to the trend of automated driving. With SEC hedge fund holding data, let’s analyze how the smart money is playing the trend and how the average investor can participate. 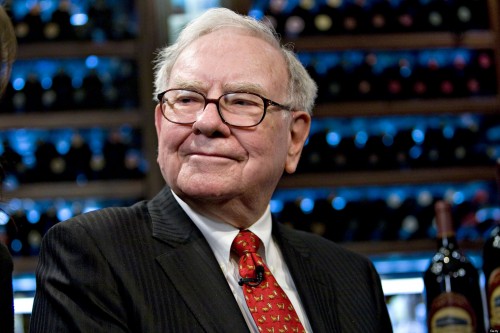 Elon Musk is big on autonomous driving as all Tesla vehicles have hardware that could potentially allow for ‘full self-driving capabilities’. So far, however, Tesla has yet to push out the necessary self-driving software. Given the many Tesla cars around the world, Tesla is on its way to making its goal a reality as Tesla constantly gathers data from those cars. That data could prove valuable in helping Tesla make its self-driving software. Israel Englander’s Millennium Management increased its stake by 45829% to 784,918 shares at the end of December.

Apple has done some work in automated driving/electric cars with rumored upwards of 1,000 employees at one point working to make an electric vehicle. Later Apple is reportedly said to have pivoted to creating an autonomous driving system. CEO Cook once said, “We’re focusing on autonomous systems. It’s a core technology that we view as very important.” Warren Buffett’s Berkshire Hathaway owned around 249.5 million shares at the end of Q4, down 3 million shares. The trimming reportedly wasn’t Warren Buffett’s idea however.

Alphabet’s Waymo is considered the current leader in autonomous driving as it has already launched a commercial robotaxi service named Waymo One in the Phoenix area. As of right now there are test divers behind the wheel in case something bad happens. Morgan Stanley estimates Waymo to be worth as much as $175 billion. Boykin Curry’s Eagle Capital Management increased its stake by 13% to over 1.8 million shares at the end of Q4.

GM’s self driving unit, cruise automation, has received an investment from Softbank and some investors hope GM spins off that division in the future in a move that might unlock value. GM has big plans for self driving and investors hope the change will help boost GM stock. Warren Buffett’s Berkshire Hathaway is also a holder of GM, with Berkshire Hathaway increasing its stake by 38% in Q4 to over 72 million shares.

NVIDIA has something called NVIDIA Drive which is a scalable AI platform for autonomous driving. It serves as ‘the brain’ for autonomous vehicles hardware speaking. It processes data from lidar, radar, camera, and ultrasonic sensors to ideally allow self driving software to work. Philippe Laffont’s Coatue Management increased its stake by 27% in Q4 to 1.4 million shares at the end of 2018.

Of the five companies, Alphabet is the most far along and Tesla is likely the company that has the most real world data point potential.