Francis Chou, a well-regarded Canadian value investor,  the founder of Chou Associates Management, and Morningstar Fund Manager of the Decade in 2004, was once just an ordinary immigrant in Canada with $200 in his pocket. Even though he is Chinese, he was born and raised in India, and came to Canada looking for a job. For a few years he worked as an electrician, and while he was soldering wires he stumbled upon an article about value investing, which immediately caught his eye. That moment he knew what he wanted to do. Looking for the bargains was and is his motto.

It all began back in 1981, when Chou convinced his colleagues to pool their money with him. His private investment club fund generated good returns over the course of five years – from 51,000 to $1,5 million and grew into a publicly available mutual fund named Chou Associates Fund. Chou likes to work alone and looks for the best values. 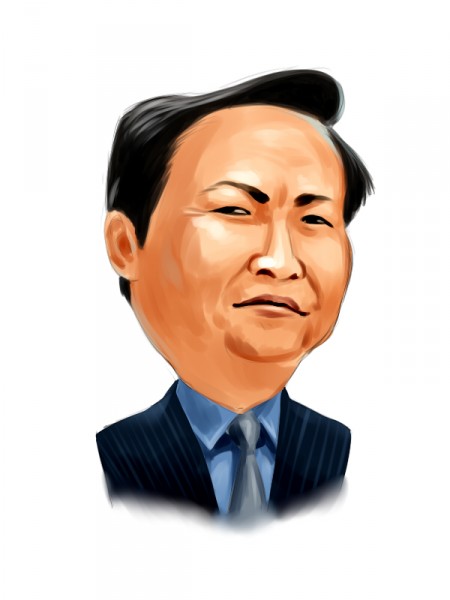 We don’t think it is a good idea to be non-diversified. Value investing funds have been underperforming the market by large margins in recent years. Insider Monkey’s flagship strategy identifies the best performing 100 hedge funds at the end of each quarter and invests in their consensus stock picks. This way it is always invested in the best ideas of the best performing hedge funds and is able to generate much higher returns than the market. Since its inception in May 2014, our flagship strategy generated a cumulative return of 121% vs. a cumulative gain of 66.6% for the S&P 500 ETF (SPY) (see the details here). Chou’s investors would have been better off if they had followed our strategy instead of Chou’s stock picks.

When we take a look at Francis Chou’s latest moves we noticed that Chou invested in a lot of questionable companies that are shunned by the best performing hedge fund managers. Chou’s portfolio contained troubling pharmaceutical stocks that were once very popular, such as Valeant Pharmaceuticals International (VRX) which has changed its name to Bausch Health Companies Inc. (BHC), as well as Sears Holdings Corporation (SHLD) and Resolute Forest Products (RFP). In his semi annual report for 2018, Francis Chou explained that his investment in pharmaceutical stocks is guided by the idea of a ‘basket approach’, believing there is still some hidden value they carry. As for the Sears Holdings Corporation (SHLD), Francis Chou admits that this investment was led by too much of a good faith, while Resolute Forest Products’ (RFP) new CEO brings more optimism. Let’s take a look at what Francis Chou said:

“We believe that pharmaceutical stocks as a group are selling at attractive valuations. They generate their earnings in cash and at the time of purchase, they were selling at less than 10 times earnings. Some of them are down more than 50% from their highs, which is what caught our attention initially. As discussed earlier in past reports, we invested more than two pharmaceutical companies (that is, to utilize a so-called “basket approach”), in order to reduce the potential adverse effect on fund returns that could result from Food and Drug Administration (FDA) approval and patent expiration issues faced by a single company. We have invested in the following pharmaceutical stocks: