It’s common knowledge that the gaming industry has undergone drastic changes and experienced speedy growth over the years. It is expected that the global games market will reach a substantial size of $86.1 billion by the year 2016. However, there are some recent trends that the companies in this industry should keep a closer eye on. For instance, the free-to-play business model remains popular in 2015, being considered as the main area that generates growth opportunities. Developers and publishers are constantly seeking new ways of monetizing their games, therefore the most innovative ideas and strategies will unlock new revenue streams that might trigger that desired growth. Even though it is expected that the gaming industry will go through a relatively quiet year without any turbulent changes, we want to release a list of the five top stock ideas from the gaming sector that you may find beneficial. 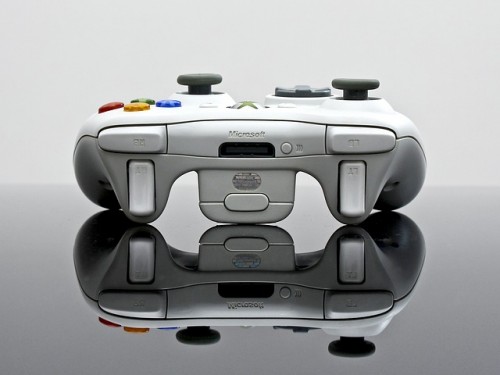 Insider Monkey tracks hedge funds’ moves in order to identify actionable patterns and profit from them. Our research has shown that hedge funds’ large-cap stock picks historically delivered a monthly alpha of six basis points, though these stocks underperformed the S&P 500 Total Return Index by an average of seven basis points per month between 1999 and 2012. These stocks were able to generate alpha because of their lower risk profile. On the other hand, the 15 most popular small-cap stocks among hedge funds outperformed the S&P 500 Index by an average of 95 basis points per month. These stocks were slightly riskier, so their monthly alpha was 80 basis points (read the details here). Since the official launch of our small-cap strategy in August 2012 it has performed just as predicted, returning over 144% and beating the market by more than 84 percentage points. We believe the data is clear: investors will be better off by focusing on small-cap stocks utilizing hedge fund expertise rather than large-cap stocks.

Let’s move on to an analysis of five of the most popular gaming stocks among the best hedge funds in the world, which are Activision Blizzard Inc. (NASDAQ:ATVI), Electronic Arts Inc. (NASDAQ:EA), Take-Two Interactive Software Inc. (NASDAQ:TTWO), Perfect World Co. Ltd. (NASDAQ:PWRD) and Shanda Games Limited (NASDAQ:GAME). It is also worth mentioning that we excluded Microsoft Corporation (NASDAQ:MSFT) and Sony Corporation (NYSE:SNE) as these are not strictly gaming companies.

Up first is Activision Blizzard Inc. (NASDAQ:ATVI), the Santa Monica-based games publisher that is owned by 41 hedge funds as of March 31 compared to 38 from the previous reporting period. The total value of the hedge fund’s holdings rose by 37% over the quarter, increasing to $1.02 billion. Activision Blizzard Inc. (NASDAQ:ATVI) generated earnings per share of $0.16 during the first quarter, beating analysts’ estimates of $0.09, while its revenues increased to $1.28 billion, a 15% increase year-over-year, which is the company’s highest increase since the fourth quarter of 2012. Meanwhile, shares of Activision Blizzard Inc. (NASDAQ:ATVI) have rise by more than 26% since the beginning of the year, satisfying its investors including Michael Lowenstein’s Kensico Capital and Spencer M. Waxman’s Shannon River Fund Management.

Electronic Arts Inc. (NASDAQ:EA) is next on the list, being the most popular gaming stock when measured by the value of shares held by hedge funds. The number of funds that hold equity stakes in EA increased to 41 from 40, while the overall value of the investments climbed sharply to $1.57 billion from $1.01 billion. The California-based interactive gaming company registered earning-per-share growth of more than 100% during fiscal 2015, while it projects EPS growth of a further 18.9% for fiscal 2016. EA recently revealed the newest game in the Need for Speed series, one of its most popular franchises, which is set for release later this year. The current outlook for the company is strong and the long-term potential remains high despite the fact that Electronic Arts Inc. (NASDAQ:EA)’s stock is already up 33% in 2015. A few hedge funds, including Philippe Laffont’s Coatue Management and Alex Sacerdote’s Whale Rock Capital Management, increased their already substantial holdings in Electronic Arts Inc. (NASDAQ:EA) during the first quarter.