Last month, we took a look at Ken Grossman and Glen Schneider’s SG Capital Management, a Chicago-based investment advisory firm. Our original analysis focused on SG Capital’s top small-cap holdings, because as we’ve mentioned in our market-beating strategy, this space typically generates the most alpha for investors. Between 1999 and 2009, the 15 most popular small-cap stocks among hedge funds beat the market by more than 15 percentage points per year. This stratey also outperformed tha S&P500 index by 18 percentage points since September (see how to capitalize on this market-beating strategy here).

Still, it’s also important to analyze the major changes that occurred SG Capital’s portfolio last quarter, which is made possible by looking at its fourth quarter 13F filing with the SEC. According to this record, there were a few movers and shakers, so to speak; we’ll detail them below. Let’s get started. 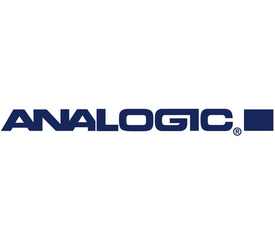 At the end of the third quarter, Analogic Corporation (NASDAQ: ALOG) and Clean Harbors Inc (NYSE: CLH) were two of Grossman and Schneider’s top three investments (see the full list here), so it’s notable that the fund closed out its position in both stocks in Q4.

Clean Harbors, a heavily diversified waste management company, is down 4.6% since the start of February, and optimism over the company’s Safety-Kleen acquisition has been offset by the recent resignation of its CFO. At a PEG in excess of 2.0 and premium book valuation of 30% above its industry’s average, shares of Clean Harbors are not cheap, and it’s likely that SG Capital took its gains sometime after the Safety-Kleen acquisition was announced late last October.

Analogic Corp, meanwhile, has been a solid investment over the past months, appreciating by more than 28 percentage points. The tech company known for its variety of imaging systems has beaten the Street’s earnings estimates in three of the past four quarters, with its latest miss coming when it reported Q1 results last December. Since this negative surprise, which was partially attributed to “market headwinds,” shares of Analogic have still risen 11.8%. It’s possible that SG Capital was satisfied with their gains last fall, and noticed that at 2.1 times book and 21.4 times forward earnings, this stock’s not really a splendid value or momentum play at the moment.

On the flip side, SG Capital was only strengthening its positions in two of its top 20 holdings from the previous quarter: MYR Group Inc (NASDAQ: MYRG) and Korn/Ferry International (NYSE:KFY). MYR Group is an electrical contracting company that has beaten analysts’ EPS and revenue estimates in three of the last four quarters, and both top and bottom lines are demonstrating solid expansion. MYR Group is rather cheap using nearly every metric under the sun, and the sell-side expects earnings growth to accelerate very quickly over the next half-decade. Early forecasts project 19-20% annual EPS growth through 2017; shares still trade at a PEG of 0.80.