5 Dividend Stocks That Could Fool You

Published on November 2, 2012 at 4:40 pm by Marshall Hargrave in Dividend Stocks

We have identified five dividend paying stocks that have a short interest of around 20% or more. Sometimes short interest in stocks is overdone and short covering provides for a stock price pop, however we do not that is the case for the five stocks we have listed below. All five companies pay a dividend that yields over 4%, expect one, which will likely catch the attention of a number of investors. As well, the payout ratio on all the companies is below 75%, but do not be fooled.

Pitney Bowes Inc (NYSE:PBI) made our list of monster dividend stocks earlier this month. However, the company’s dividend yields 10.5% and has an 85% payout ratio. Pitney has attracted a large amount of short interest, around 30% of float, given the concerns surrounding the company’s industry. In an age of rapidly progressing technology, many investors see the company’s products, namely postal, potentially becoming obsolete. Pitney is the world’s largest maker of mailing systems and should see sales down another 5% in 2012, following steady decline since 2009. We believe this trend should continue as a global slowdown puts even more pressure on the struggling industry. The company trades at 4x, appearing cheap, but we are weary given that it’s expected to grow EPS over the next five years at only 0.10% a year.

Safeway Inc (NYSE:SWY), the food retailer, pays a 4.3% dividend yield, with only a 32% payout. The company should see margin compression as the company delays passing along price hikes; see how Safeway stacks up against other major grocers. We believe the company’s growth will remain under pressure as the industry sees more non-traditional competitors, such as Whole Foods and Fresh Market, enter the market. Safeway saw same store sales up only 0.1% versus estimates of 2.0% last quarter, and has attracted short interest of 30%. Although we a remain cautious on the company, Ray Dalio of Bridgewater Associates upped his stake 150% during 2Q.

Strum Ruger & Company Inc (NYSE:RGR) is a designer and manufacturer of firearms, including rifles, shotguns, pistols and revolvers. The company is slightly overvalued, and is up the most year-to-date of all the five stocks listed here. Strum Ruger pays a 2.4% dividend yield at only a 30% payout, but the company has the highest short interest at 41%. Given the economic slowdown, we believe there will be a continued decline of recreational purchases, including firearms. The company competes with notable gun company Smith & Wesson, which has seen a number of insider purchases, but they both trade in line on a P/E basis.

Kronos Worldwide Inc (NYSE:KRO) is the producer of titanium dioxide pigment products. The company pays a 4.1% dividend yield and only a 19% payout. Kronos saw first-half 2012 revenues up 16%, and net income up 35% from the same period last year. The company’s customers include paint and plastic companies that have seen a slowing demand for their products due to a weakening economy. The company sees 3Q EPS in the range of $0.26 to $0.29, compared to the same quarter last year at $0.74. The company’s decline has drawn a short interest in excess of 30%. The global decline in manufacturing makes for a bleak outlook for Kronos, and fund interest is limited. Hound Partners was the top fund owner at the end of last quarter, with over 2 million shares.

Meredith Corp (NYSE:MDP) is paying a dividend that yields around 4.5%, and has a payout ratio of 60%. The magazine publisher is feeling the pressure of a transition to digital content and has attracted short interest of 22%. Meredith has seen growth from political advertising but is expected to have non-political revenue down as spending on advertising remains low amid a slow economy, with this year’s EPS expected to be 2.5% YOY. The company has seen its business model remain in question for a number of years, and earnings over the last five years have declined at a CAGR of -3%. There were a couple top names as investors, Chuck Royce and Ariel Investments that owned over 2 million shares each, but they’re in the minority. 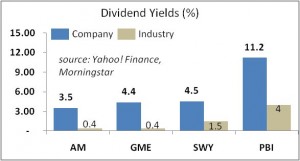 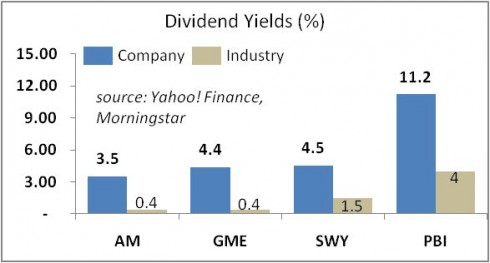 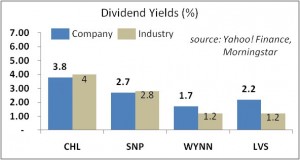 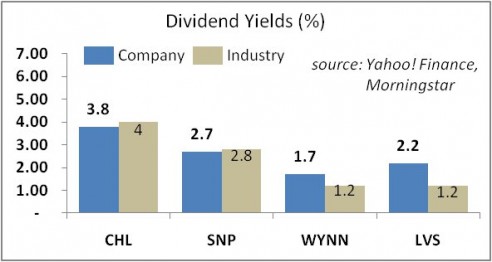