It is commonly known that population growth is one of the key drivers of both current and future demand for food. According to a recent study conducted by the Food and Agriculture Organization (FAO), food demand is expected to increase by 60% over the projection period of 2006-2050, primarily propelled by the population growth. Likewise, developing countries are estimated to experience a surge in food demand of 77% over the same time span. Aside from the population growth, the rising disposable income, altering age composition, and changing diet preferences are other important drivers of food demand. Having said that, the food industry appears to keep under wraps numerous attractive investment opportunities at the moment, keeping in mind the recent pullback in the majority of U.S. securities. In the following article we will present a list of five food stocks favored by the hedge fund industry, each one of which could potentially represent great buying opportunities. 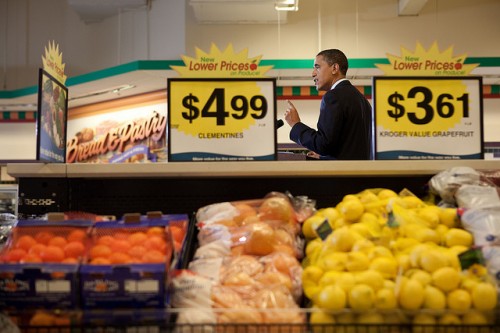 We pay attention to hedge funds’ moves because our research has shown that hedge funds are extremely talented at picking stocks on the long side of their portfolios. It is true that hedge fund investors have been underperforming the market in recent years. However, this was mainly because hedge funds’ short stock picks lost a ton of money during the bull market that started in March 2009. Hedge fund investors also paid an arm and a leg for the services that they received. We have been tracking the performance of hedge funds’ 15 most popular small-cap stock picks in real time since the end of August 2012. These stocks have returned 118% since then and outperformed the S&P 500 Index by around61 percentage points (see the details here). That’s why we believe it is important to pay attention to hedge fund sentiment; we also don’t like paying huge fees.

The number of hedge funds monitored by Insider Monkey with long positions in Bunge Ltd (NYSE:BG) was down by one during the second quarter, with these positions amassing 8.10% of the company’s outstanding shares as of June 30. Similarly, their aggregate value declined by $200.16 million or by over 16% during this period. The shares of Bunge have lost nearly 22% year-to-date, mainly owning to their downfall since end-June, when the company reported its second-quarter financial results. Some executive’s moves may suggest that the stock has been beaten down too strongly by the market. For instance, Brian Thomsen, Managing Director, Bunge Global Agribusiness and CEO, Bunge Product Lines, reported acquiring 14,000 shares in August at a weighted average price of $69.44, boosting his stake to 27,241 shares. Relational Investors disclosed an ownership stake of 4.95 million shares in its most recent 13F filing.